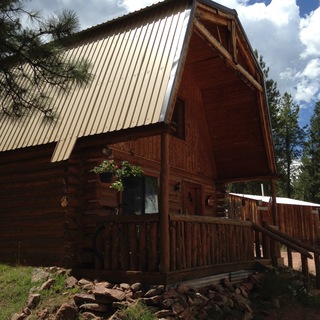 I think my brother Rick would admit that he was a funny little boy, whom we called Dickie then. In fact, in a workshop I recently led about Adult Third Culture Kids (ATCKs), he described himself as a misfit. Feeling at odds in almost any culture, yet able to quickly adapt to new ones, is a common characteristic among ATCKs. But some of Rick’s quirks were probably just part of who he was. There was one idiosyncrasy that all of his siblings were aware of and sometimes teased him about. We called him a miser. When we walked down to the trading post on Saturdays to spend our nickels on a Big Hunk or a Hershey candy bar, Rick would come along, but he would just stand by, looking into the glass case, his nickel safe at home in his red baking powder can. Rick hoarded money. Not towards some big goal, just—why? To have it, it seemed. And he was a collector. What did he collect in those small navy blue binders made for the purpose? Coins, of course. He did also collect baseball cards, and he could rattle off statistics on just about any player. Today I know the names of players like Stan Musial and Roger Maris because I heard Rick expound on their accomplishments. I’m pretty sure he told me the other day that he has over 100 harmonicas. Those are not just a collection; he plays ably in a few local bands and has regaled guests with performances at the weddings of two of his children.

Rick is also a physician with many years of experience in the ER and in the field of substance abuse. He and I serve on a panel addressing the treatment of EMTs and paramedics with substance abuse issues. I called him a couple of weeks ago to see if he was going to be attending our next meeting, and I updated him on the sale of my house and my impending tour. “Everything happened so fast with the house that I don’t have any events planned until September. I’m thinking I’ll camp up at McGaffey, maybe at Canyon de Chelly, visit some friends in the Four Corners area, do some interviews.”

“How about staying in my cabin?” he suggested.

This is evidence that Rick has changed from the little boy who hoarded his nickels. It isn’t just about his cabin; he has become a generous man. He hires the underemployed at a living wage and gives their first paid jobs to nephews and nieces. He has volunteered in village clinics in Honduras. He arranged my first book signing for Viktor Frankl: A Life Worth Living at the Octavia Fellin Public Library in Gallup, purchasing the books himself up front. When he noticed that I was still operating with an electric drill, he got me a cordless one for my birthday. Inspired by my odd (unpublished) YA novel, Too Soon the Thunder, he made me a beautiful necklace from recycled spoons. Most generous of all, when it comes to me, has been Rick’s unconditional love for me even when he disagreed with my decision to live my life as who I was—a lesbian. Later on, it was his willingness, even eagerness, to learn from me in the area of social justice for LGBT people and others, to learn beyond me and teach people in his community—being an ally.

Rick’s generosity is also about the cabin, to be sure. It doesn’t just extend to me. He wants the cabin to be used and makes it available on a donation basis, although he always tells me it’s free to me. I will make a donation, though, learning about generosity from my little brother, my first friend, the sibling next to me in age.

The cabin where I’m staying for the next few weeks as I plan my DIY Book Tour is made of logs and concrete—a small, three-bedroom with a front porch that looks out over broad meadows to the McKenzie Ridge of the Zuni Mountains. When I step outside, the air smells first like chamomile and then more stringent herbs, then of Ponderosa pine. I take long walks among grasses, wildflowers, ground cover plants whose names I don’t know, but that I photograph for their simple beauty. There are rock outcrops and derelict cabins to explore. It turns out to be more challenging than I thought it would be to be without internet or phone because of my work, but I am so grateful to Rick for this time and place of serenity, of being in touch with the outdoors.

If you would like to see more photos of the natural beauty that surrounds Rick’s Morning Glory Cabin, click on the link beneath the photo of the cabin.

Very touching about your brother. The cabin looks divine!

The cabin and its surroundings are pretty great.

I'm dying to know if your brother reads your blog, and, if so, how he feels about you telling everyone that you used to call him "miser."

Your life is saved, Monica. Yes, Rick reads my blog, and before it posted, I told him I was going to write about how he used to be a hoarder, and he said, "How do you know I'm not still?" He was fine with being exposed as a former miser. He was more concerned that some of our brothers [who don't read the blog] would say he's teaching heresy (justice for LGBTQ people) because he's told them he doesn't teach it.

Anna, in addition to your gifts as a writer you are also a photographer! What wonderful pictures! I like them all and cannot easily choose a favorite. I relish the light in the plant pictures...thank you.

Thank you, Mirakhel. I really do enjoy taking pictures, though I hardly ever did it before I got my phone. It's so handy, and the beauty is just out there, ready to be shared!