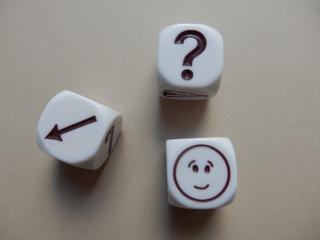 I get asked certain questions over and over about the tour and about the book. I could easily prepare a little pamphlet, but then part of why I’m on tour would be done away with—the part about engaging with people.

Where are you from/Where do you live? (The assumption is that I’m in the interlocutor’s location for a few days and then I’ll be headed back home.)

I’m not from anywhere. I sold my house in July. I live in my van. Or stay with friends. But I’m from New Mexico and grew up in the Navajo Nation.

Yes. Essentially. But I have my van, and it’s very comfortable.

Why would you sell your house (This is often asked with astonishment)?

I’d been wanting to sell my house for a long time, mainly because I was really tired of home maintenance, especially as a single person. I’d tried three times before this to sell it, and got very little response. This time the house sold five days after I put it on the market, and I took that as an affirmation that taking my book on the road was the right thing to do. And to do now.

Selling my house also makes this tour possible financially because I don’t have a mortgage or rent payment. The cost of my storage unit, containing enough for a one-bedroom apartment when the tour is over, is way less than a mortgage payment, so I can use the money I’m saving to travel.

Do you have heat in the van?

I will have in a couple of days. I’ve been managing with two down comforters and a thermal-weave blanket. Nights are fine, but when it’s cold out, I struggle to get up in the mornings. So I just ordered a little 800-watt, ceramic heater that will arrive any day. I won’t use it when I’m sleeping, although it has the feature of shutting off the heat if it doesn’t detect motion for 30 minutes, and it shuts off completely if it doesn’t detect motion for two hours. I will have to run the cord through a window because it didn’t work out when I was in Albuquerque to get an outlet installed.

What is your book about?

Even though I began coming out (it’s a process) more than 50 years ago, I still wish when people ask me this question that I could know before I answer it how they’ll respond to hearing that my spiritual journey memoir is also about how living gay impacted the journey. I still feel a clutch when I’m asked.

How long do you figure you’ll be on tour?

Some days I think I’ll quit tomorrow but mostly not. I think it’ll be at least a year, maybe a year and a half.

What are the challenges of being on tour?

The biggest challenge is the amount of work it takes to set up events. So many people have already been so generous with helping, but it takes many emails with each person, and sometimes a phone call, to arrange things. It’s hard to know how much of a window to plan for each location. I spend four to six hours a day working on events and promotion.

People have also been incredibly generous inviting me into their homes, but each new home represents an adjustment because I don’t want to be a burden or be in the way. I want to fit into the lives of the people I’m staying with. Staying with people (some of whom have begun as strangers) is also very rewarding—full of conversation, windows into the lives of others. I might soon be able to say, “I’ve never met a stranger.”

Where will you live afterwards?

My original plan was to live in whatever city my daughter Cheyenne is living when the tour is done. As I prepared to leave Albuquerque in the beginning of November, I started to be aware of how deep my ties are there, especially with my community at St. Andrew Presbyterian Church. I’ve never liked Albuquerque very much. With some exceptional pockets, it’s not a beautiful city, and the last time I was in Copenhagen, I realized how important beauty in a city is to me. Nevertheless, I may go back to Albuquerque for a few years before I move to where Cheyenne is.

When are you going back to Albuquerque?

I have to get my teeth cleaned and my eyes checked, and most of my health insurance is tied to New Mexico, so I’ll be in Albuquerque for one day in February. So far, it’s looking like I may not have any events in Tucson. If that’s the case, it will free me up to spend a couple of weeks in Albuquerque, and at this point it’s what I’m hoping for.

Are you making enough money to break even?

The first time I was asked this, I think I must have stared at the friend who asked me. Breaking even, let alone making money, wasn’t something I’d thought about. “I’m doing this because I feel I have to. I have to get the book out there to people who need it for whatever reason they may need it.” People assume that it’s LGBTQ+ people and their parents who need it, but there are lots of other people who turn out to need it just as much–people who are seekers, people who've been outcasts for other reasons.

“So you’re on a mission,” the friend said.

A bit ironic, considering where I came from (fundamentalist missionaries) and tried to get away from. But yes. I’m on a mission.

Thinking, however, about the material aspect of what I’m doing—often when someone’s bought the book, I find out later that they bought more copies to give to someone or they recommended it or talked about it. The wisdom in Book Country says that word of mouth is still the best form of publicity for books. So even if I’m not thinking commercially, getting people aware of the book goes beyond the people I talk with and sell to on the tour.

Why did you write the book?

I had to. Basically, that’s it. I knew since I was 19 that I would have to write it in some form. Of course it’s very different now from how it would’ve been had I written it then.

Where are you going next?

In case you as a reader don't know, I'm in Seattle, where I've held two events and will hold two more. Monday (12/12) I'll fly to Denver to spend the holidays with Cheyenne. Next stop: Pittsburgh for the Gay Christian Network Conference (also flying). Then back to Seattle to pick up the van and drive back to BC, Canada for events at two universities. From there, it's Oregon.

Certain assumptions don’t take the form of questions, but correcting them is like giving an answer. Like this one: Wow, so your publisher must really believe in your book—sending you on tour.

I think they believe in it to a certain extent, but my publisher, Terra Nova Books, is about as small as publishing houses come. They are not sending me on this tour. This is a DIY book tour, which means I make the contacts, friends help with suggesting contacts, venues, and promotional outlets, and friends and I do more or less of the rest of the legwork. Usually friends turn it over to me after they’ve made a suggestion or made an initial contact.

My publisher set up one event for me—a reading at the best indie bookstore in Albuquerque—Bookworks. And they ship books to me whenever I order them and are very prompt with that—as behooves them.

If you have a question(s), feel free to post it in the comment section. I love to hear from readers!

No events in Tucson! As a friend of mine recently said, "The queer scene in Tucson kind of shriveled up over the summer," but I still hope we can figure something out.

Antigone is hibernating over the holidays as far as events go. So I'm still waiting to hear from them. Or not, as they don't let you know anything if it's a "no." I also heard Antigone is being sold, or that a buyer is being sought. I'll see if I hear anything from them in January. But so far nothing. So I'm thinking I'll stop in for a hello and move on to a little R & R in the Q. I can use the rest, so, unless you want to do something small with invited guests, don't really work on it. Serio.

One reader posed this question on website's contact form. I thought it was interesting, so I'm posting it here anonymously, and then I'll respond. She wrote: "I think you said before that you haven't gotten lonely on this tour. Maybe you did or I imagined it. I know I would be lonely, I would want to make some connections to the familiar. How do you feel about being alone for a great deal of time?"

My response: I haven't felt lonely. I'm someone who needs a lot of solitude, so I've actually had more people contact than I'm used to. Your comment that you'd want to make some connections to the familiar does ring true, though. I've been staying with people I've never stayed with before, so I'm looking very much forward to the familiarity (related etymologically to "family") of spending the next 3 weeks with Cheyenne. At the same time, staying with people I don't know that well has been enriching.