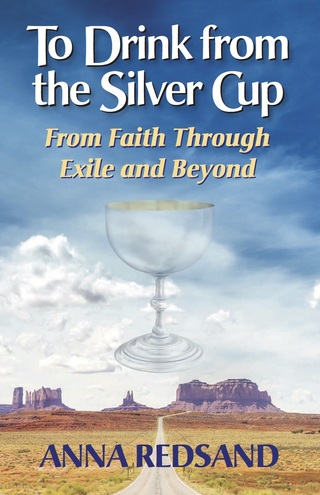 TO PROMOTE OR NOT TO PROMOTE:
IS THAT REALLY A QUESTION?

When you’ve written a book, and you know that the publisher will probably do very little to promote it, the advice from most publications for writers is that you have to roll up your sleeves and start self-promotion long before the book comes out. Building Buzz, they call it. This seems like something of a no-brainer, so the question in my title might appear gratuitous. Read on.

In fact, my publisher, Terra Nova Books, does a good deal more than many publishers to promote its authors. Every author is featured on a page on TN’s website, which includes a book trailer. The marketer deals with national book publications such as Publishers Weekly and Booklist and with national non-print venues. A large percentage of profits goes to a nationwide distributor with an on-the-ground sales force. Yesterday I met with the marketer, my editor and the publisher, and we spent two hours discussing various strategies, dividing up tasks.

Nevertheless, I knew from the beginning that if I wanted to get To Drink from the Silver Cup out to readers, I would have to do a good bit of self-promotion. I gritted my teeth and set out to research what I could do on my own, whether I needed to hire a publicist, what I should be doing on the World Wide Web. I took an online class on business promotion.

When from an early age you hear your mother warning other adults not to give you a big head, and you grow up in a household theologically related to the Puritans, self-promotion does not come easily. When I signed up to be a writer, I didn’t think it was to use my pen to sing my praises or the praises of my work. Furthermore, God forbid that I should appear in any way to be a missionary on my own behalf.

I forged ahead, doing most of my promotion through Facebook, where I was fortuneately very comfortable. I created a FB page for my book and posted related material as well as my own material there almost daily. I read and commented on other people’s material. Last week I forced myself to begin using a Twitter account that had lain dormant for—I don’t even know how many years—three? I paid for a table in the exhibit hall at the Festival of Faith and Writing at Calvin College, where I knew I could engage with one of my target audiences. Sometimes what I did was fun. Sometimes it was stomach-knotting torture or, at the very least, a grind.

The best thing is that I have begun to see results, to know that promotion actually brings potential readers. As soon as I posted my blog piece entitled “Book Tour” (see June 22), I got enthusiastic responses from people wanting to help, offering suggestions of venues, talking about arranging readings, and more. I got a spontaneous e-mail from someone I met at the Festival asking, “Is the book ready yet?” Suddenly the drudgery was yielding the coveted Buzz and more.

In 2004-5, I attended an MFA program in creative writing at Western Michigan University (WMU) in Kalamazoo. For various reasons, I chose not to complete the MFA, but the year I spent there was wonderfully enriching. The friends and colleagues I made there continue to be part of my life. We exchange critiques; we talk about writing in a way that we can’t with anyone else; I was part of a panel with three WMU grads at the Association of Writers and Writing Programs in LA this year. I've thrilled to see many of my colleagues have books, essays, and columns published.

One of the things lacking in the creative writing program at WMU and, I’ve learned, in many writing programs in academia, was tutelage on how to get published. And there was zilch on marketing. The emphasis there was on honing one’s craft, which is, of course, essential. Because I’d been writing for a long time outside academia, reading, and attending writers’ conferences, I had amassed a fair amount of information in those areas.

Now, to the question posed in my title: “To Promote or Not to Promote?” The lack of emphasis on publication and marketing in MFA programs seems to come from an odd reticence among literary writers to put oneself forward too much. Lauren Cerand, a literary publicist writes that she consistently hears from authors a fear of overpromoting their work. And that the word brand, a buzzword in the world of promotion, is seen by literary authors as a turnoff. Indeed, colleagues of mine, all literary authors, post such things as (I’m paraphrasing here), “I hate when writers post about their publications, but I just have to say that my story is coming out in X Very Prestigious Literary Magazine. Here’s a link.” or “I know if you want my book, you’ll find your way to it, so I won't keep mentioning it.” It’s as if book promotion has a dirty smell to it, as if it’s something gauche, grubbing in the earth far beneath the ivory towers.

Well, I’m a literary author, too. Unabashedly. It’s hard enough to put myself forward without reading these statements from fellow writers whose work I respect. But I write to be read. Don’t we all? Word of mouth is still said to be the most important way that a book gets around. But there is a first tier of people who have to read the book before word of mouth can transpire. As I see it, promotion is designed to reach that tier.

If you’re an author who is shy about promoting your work, the best $4.99 I’ve spent in a long time was on Poets and Writers [very respectable in the academy] Guide to Publicity and Promotion. Also excellent, but much more voluminous, is The Frugal Book Promoter by author and publicist Carolyn Howard-Johnson. Both downloadable, both practical and offering a critical look that aids decision-making. I recommend both. If you havent’t delved into this topic much, I suggest starting with Frugal, then using P & W to help you narrow your focus.

To promote or not to promote—really? Is that even a question? It’s a question I’ve been asking colleagues, and you can expect more on the topic. Meanwhile, I’m happy to announce that To Drink from the Silver Cup will be something you can hold in your hands in about two weeks! It’s been a journey.

Ha. Very good. I especially like your taking this on, head on - the half-embarrassed, that often comes across as false humble-pie, announcements on facebook are a real trial to read- and to write on the rare occasion when I want to share an accomplishment..

I'm glad you appreciated this, Diane and thank you for the feedback. I know very few artists who are comfortable with the business end of our work, let alone successful at it. But I figure I can still learn just about anything, and I try to have as much fun with it as possible. I keep telling myself it's good for my brain to learn new things.