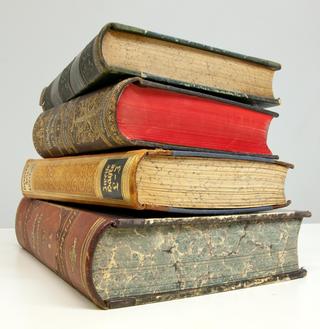 II. ROUTES TO AN AGENT AND/OR PUBLISHER

Note: Getting an agent can be just as difficult as getting a publisher, as agents today often serve as gatekeepers for publishers. In other words publishers trust an agent they know well to send them authors that will be a good fit for the house and be up to the house’s standards.

• Step One: Research agents/editors to find out which ones could be a good fit for your book. Places to look: Writer’s Market, Poets and writers Magazine, AWP Chronicle, Writer’s Digest Magazine, Submishmash Weekly (www.submittable.com), Literistic (www.literistic.com).

• Step Two: When you’ve found people you think could be interested, research further on their websites.

• Step Three: Write query letters that address the interests of the person you are querying. Writing a good query letter is an essential skill. There are online resources you can google, and there is a chapter in Lyon’s book listed below on writing a query letter.

• Step Four: Send out query letters. “Letters” is plural. Write and send several, each one targeting the person you are querying. Send many. When agents and editors request a proposal or manuscript, send to all of them, unless they’ve requested an exclusive, which you should consider carefully, because they may keep what you send them for a long time, cutting off other avenues for you. Persistence is critical. For my Viktor Frankl book, I sent forty query letters before I even got a bite.

Conferences as a Source: Writers’ conferences are a good source for meeting agents and editors. Speakers will often tell you what to put in the subject line of an email if you query them, which will get your query out of the slush pile. The slush pile is the collection of unsolicited queries and manuscripts that can take an agent/editor months to wade through. Every conference has its methods for you to engage with agents/editors if they are part of the conference.

The Potential in Blogging a Book: As mentioned in last week’s post (“Platform Building”), there are agents and editors that trawl blogs looking for blogs that could become books.

Contests: Contests are another possible route to book publication. Most of the time I avoid them, thinking (correctly or not) that they offer too much competition. Fees are also relatively expensive, compared to reading fees for journals. I would only enter a contest that requires the full manuscript, not just a sample.

Be prepared for Unusual Opportunities and/or Create Them:

• I obtained my publishing contract with Terra Nova Books, the publisher of To Drink from the Silver Cup, through an unexpected means. A friend had emailed me asking if I was going to sell my other book, Viktor Frankl: A Life Worth Living at the 2015 Jewish Book Fair in Santa Fe. I don’t like vending my books at book fairs, generally, because the rooms are large and drafty (or sweltering), and you have to chat people up all day in order to sell maybe two books. So I said no. She nudged me again, maybe having forgotten that she’d already asked me. It was past the deadline to sign up, but it occurred to me that if I went, I could stay overnight and get my car serviced the next day. So I wrote the fair organizer, saying I knew it was past the deadline, and he wrote back immediately that they’d love to have me. I only had to pay $10 to have my book at the communal table, which was staffed by volunteers, so I was able to attend workshops and network with other vendors.

The first table I stopped at was Terra Nova’s. I mentioned that I had just blogged my book serially in order to collect data that I could share with potential publishers. “Did it work?” the TN editor asked.

“I don’t know yet. I’ve just compiled the data and haven’t sent it out yet.”

“What’s your book about?” he asked.

I told him and handed him a card. “Oh, you’re the author of the Viktor Frankl book!” Now he was excited. “I just bought one. Why don’t you send me your manuscript,” he said and handed me his card. A week later we met to discuss working together, and a week after that, I was signing my contract.
• Another unexpected possibility came a few months ago when I read an interview in the Lamda newsletter with an editor at Picador. In her interview she mentioned that she is especially interested in books having to do with social justice. Even though the Picador policy is to only entertain books through agents, I thought there couldn’t be any harm in sending the editor an email. I told her how much I’d enjoyed her interview and was intrigued by her interest in social justice. I wondered if I could interest her in my essay collection, White Rez Kid. I sent a half-page description of the book, mentioning that three of the essays have been published and one was notable in Best American Essays 2014, and offered to send sample essays or the entire manuscript. She wrote back quickly requesting sample essays, saying she’d read them. I haven’t heard back and have done one follow-up. I’ll do another soon. If this yields a contract, I’ll be very pleased, as I really like the books I’ve seen from Picador.

Getting an agent and/or publisher is, in my opinion the most difficult and daunting step in getting published, and it can and often does take years. I cannot say often enough that persistence is the name of the game. Nor does it pay to send out one query at a time and wait for a response before sending the next one.

Helpful Resources:
Nonfiction Book Proposals Anybody Can Write: How to Get a Contract and Advance Before Writing Your Book. Elizabeth Lyon. Tarcher Perigree, 2003.

How to Blog a Book: Write, Publish and Promote Your Work One Post at a Time. Nina Amir. Writer’s Digest Books, 2015.

Questions? Please feel free to ask or comment below.