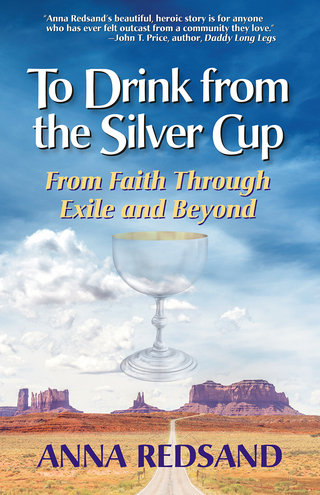 HOW ABOUT THOSE BLURBS?

How often do you stand in a bookstore, holding a book whose title grabbed you? You read the description on the back cover, the thumbnail bio of the author, and you’re not quite sure if this is the one you’re going to spend your money on. Or, more likely today, you’re perusing the cover on Indie Bound or Amazon. Then you start to read the blurbs. There might be a short eye-catcher on the front cover, two or three on the back, then a few pages right up front inside. I sometimes read all of them if I’m undecided, or I skim them, looking for endorsers whose names I recognize and respect.

Those blurbs can become a book’s first line of promotion (other than a recommendation from a friend). They’re like mini book reviews, although they don’t contain any critique. Only the good stuff, the stuff that might intrigue a reader.

As I’ve delved into the world of book promotion, I’ve learned from a lot of sources and I found a helpful format through one of them for contacting would-be endorsers. I learned to ask relevant people from my own life who might not necessarily be well-known but had something pertinent to say and a credential that they might not have thought of themselves. When I started requesting endorsements, I asked some really famous authors (just in case they might say yes), some well known but not so famous ones, and emerging authors. A good number of these I knew through my writing program at Western Michigan University. I also asked people who hadn’t written books, but who had life experience that made their opinion about the book matter.

My publisher told me the blurbs would be needed by the end of April for July submission to the printer. I made a long list of people I might ask, and sent a personal letter or email to each. With people I didn’t know, I explained my connection with their work as well as how I thought they might resonate with To Drink from the Silver Cup. Then I gave them a short, one-paragraph summary of the book. I offered several options that could acquaint them with the text enough to write an endorsement. I wrote, “I know that endorsing a book is a huge favor, so I’d like to do anything I can to make the process easier on you. I can provide you with sample chapters along with a synopsis of the book, or if you prefer, I can send you a PDF of the full manuscript. I’d also be happy to draw up some preliminary language that you could then tweak and make your own.”

Several people wanted a PDF. A couple of people asked me to send hard copy of the entire manuscript. One person wanted just a chapter outline, which I scrambled to write, so I could get it back to him while the iron was hot. Another asked for the “preliminary language,” so I sent a blurb, which was very hard to write, and he ended up adopting it verbatim.

A few famous people turned me down, but very kindly. One of them, Elaine Pagels, author of The Gnostic Gospels and Beyond Belief, said she only wrote endorsements for books in her academic field but asked me to let her know when the book comes out because it sounded interesting. I will go back to a couple of the ones who said no and ask if they will Tweet something when the book comes out.

I was so touched by people who’d never written an endorsement before and took the task very seriously. They wanted guidance about length and exemplars from people who had already written blurbs. Every single one was perfect. I had a small struggle with my publishers to get them use all twenty, but my audiences are varied enough that I felt the diversity of blurbs was important. And I pointed out that I often read several pages of praise in order to decide whether I will buy a book. Besides, I couldn’t have borne it if, after all the love and effort that went into those endorsements, someone’s got cut. Some did get edited by the publisher, and I had no control over that, but they’re all there, helping to promote To Drink from the Silver Cup.

This is such great information. You inspired me to contact someone I never would have considered contacting -- even though I was her editor and praised her in my book! -- and she was both flattered and agreed to read the entire manuscript, even though I said I needed the blurb within two weeks!

I am a huge fan of Elaine Pagels, by the way. How cool is that she was so responsive!

Thanks, Edie. It's so great to know that I've been a bit of help. Elaine Pagels was really important to my journey, so yes, it was lovely to get that response.