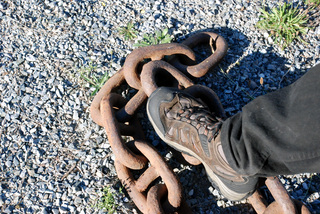 Image from Morgue File
I can’t tell you how often I’ve heard people say that they don’t talk about religion or politics with family members. Even though most of us probably spent eighteen years or more living with the people in our immediate families, it seems we often end up with differing views, sometimes very strongly held, in these two areas of our lives. In Chapter Twenty-three of The Silver Cup, “Preparing the Lab,” I wrote about wanting, after many years of avoidance, to share my spirituality with my family. In our case, our spiritual lives were how we had once done intimacy. My avoidance had meant a loss of closeness, and if I could have it, I wanted it back. I was also highly aware that most of my family members had strongly held convictions that were very different from what I’d come to believe. Or not believe.

One reader of The Silver Cup wrote a beautiful coming out letter to his family and friends. He was not only coming out as a gay man but also telling them about changes in his Christian beliefs and his previously conservative politics. The reactions he got, especially from family members were painfully rejecting. After he read the statement of faith I’d sent my family, he commented, “It’s not safe.” I knew that he was still raw from his experience and took him to mean that it is often not safe to share with people we care about when our views are so different.

“Safety first” is an old adage that is probably most often applied to physical protection from danger. Spiritual and emotional safety deserves just as much care as bodily safety. When I decided to end my boycott of spiritual topics, I knew I needed to create safety for myself. Over the years, I had been in situations with family, particularly my father, which I now recognize as bullying. The situations were definitely not safe. Over the years I had learned that being safe is important to me, and that I am the one who creates my own safety.

Several years earlier I had read the late Joel Beversluis’s remarkable book, A Sourcebook for Earth’s Community of Religions: An Interfaith Guide to Religion and Spirituality. As I got ready to send my statement of faith to family members, I recalled that his book contained guidelines for holding interfaith dialogue to promote greater understanding rather than to engender conflict. What I wanted to open with my family wasn’t technically interfaith; we were pretty far apart on many things, but we also had things in common. I wanted closeness, not further separation. And I wanted to be safe.

Certain assumptions and behaviors can make things unsafe in religious dialogue—like thinking that one’s own beliefs and practices are the only right ones and that everyone else needs to follow them. That position presumes that some are more equal than others and is a recipe for conflict. Listening only until one thinks of a rebuttal and then focusing on what to say next instead of truly hearing the other person out is another one.

I knew that if I didn’t address those pitfalls, sharing my statement of faith with family members wouldn’t be safe, as my friend experienced. So I sent an email, telling family members that I wanted to share my spirituality with them, but in order to make it safe for all of us, I needed them to agree to the following guidelines, which I adapted from Beversluis’s book:

1. If you agree, and I send you my statement, we may enter dialogue about it. The purpose of our dialogue will be to know and understand each other better and especially to understand one another’s spirituality.
2. We will be open to each other in order to learn from each other.
3. We will really listen to each other and respond to what the other person says rather than what we assume they are saying and rather than waiting to make our own favorite speeches (probably writing in this case).
4. We will be honest and sincere and treat each other as equals as we speak and listen, not having a spirit of I-am-right-and-you-are-wrong, which is not an attitude of equality.
5. We will not make assumptions about where we agree or disagree.
6. We will work to find as many areas of agreement as possible.
7. We will be willing to examine our own beliefs critically as part of the process.
8. We will not make statements that denigrate what the other person believes.
9. You will not share my statement of faith with anyone who has not made these agreements with me. In other words, I will be the only one to send out my statement of faith.

For the first time in forty years, as I shared something of my faith with my family, I felt safe. It was as if I had made up a Spiritual Damage Prevention Kit for myself and also distributed it to the people I cared about. I was both disappointed and relieved that family members who seemed to feel they couldn’t honor the guidelines chose not to engage. At least that is how I interpreted their silence.

Now I have some questions for you. I’d love to hear about your experiences. Responses to either or both questions are welcome.

© Anna Redsand 2015 All Rights Reserved
Be the first to comment