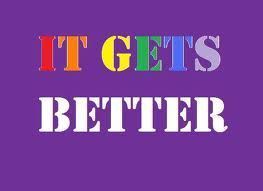 I have a friend who writes me a letter every Sunday morning. Her letters are full of tales about activities and projects, stimulating thoughts and perceptions, links to interests we share. She practices the art of letter-writing in an era when real letters are almost nonexistent. Yesterday, her letter was much shorter than usual. She told me about her not very good week. And then she asked, "Do you have any good stories for me?"

At first I said no, that I haven't been coming up with good stories lately. Then I thought, wait a minute; I think I might have one. I don't think she meant a story that is necessarily well written or particularly remarkable in any way, but maybe a story that could lift her up out of that tough week. Something to encourage her.

My friend has been a persistent activist for LGBT inclusion in the Church, and has lately felt beaten down and bruised by a task for which she's known passion, commitment, sorrow, defeat, and few enough victories. I take her request this week to mean that she needs to hear that despite all the obstacles and pain, there are still some good stories out there–even stories that relate to the task she took on. I know she has heard good stories about her own work, but some days, we need to hear other people's stories.

The one that came to me was something that happened as I was about to leave church yesterday morning. A friend I'll call Brandon got up from where he was chatting with some folks to stop me at the door. Brandon is a teacher, and back in December he bought a copy of To Drink from the Silver Cup to give to one of his students. The student is a young gay man who was depressed, struggling to accept his sexuality, and had been cutting to relieve his pain. A month or so ago, Brandon told me that the student had thanked him for the book and said it was changing his life. When Brandon made a point of catching me yesterday, he said that the student's entire affect had changed, that he's stopped cutting, and that his parents have noticed the difference in him. Then came words that nearly brought me to tears. Brandon said, "My student said he finished the book and started reading it again! Your book told him that there's hope." What a gift to know that my story has let this frightened, unhappy young man know that it gets better.

I've been amazed, humbled, and grateful to hear how many young people have been touched by Silver Cup because for them my story took place so long ago that it might seem to have little consequence for them. Times have changed so much for LGBT people. But there are still monumental struggles that many young people encounter. And as one of my colleagues said, the book is in part a coming of age story, a story that moves from darkness into light, so it's still relevant to young people today.

I'm gearing up for my next tour, which I expect to be the last, except for some possible individual events. As always, I am surprised and deeply grateful for the people, some of whom have only met me virtually, yet work with such energy and creativity to make a place for this book to reach their communities. Just a few things that are in the offing: a mini-writing workshop with LGBT folks in Holland, Michigan; a reading that is also a hymn sing, using songs mentioned in the book–in Minnetonka, Minnesota; and a presentation I've never done before, by request: "The Church and Native People: A Perspective from a White Missionary Kid." It's been a few months since I've done a reading, so, odd as it may sound, I've decided it's time for me to read To Drink from the Silver Cup in its entirety in preparation.

Recently I reviewed Silentium: And Other Reflections on Memory, Sorrow, Place, and the Sacred by Canadian author Connie T. Braun, whom I met while I was in British Columbia. In personal communication, she said that she believed writers are given our stories. I couldn't agree more. I know without a doubt that I was given my story, painful and joyful as it is, to help others as they live and tell their stories.

If you have a story about what To Drink from the Silver Cup has meant to you or to someone you know, I'd love to hear about it in the comments or in a private message. Sharing it could mean something to someone else.