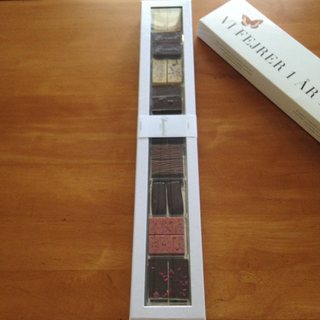 A little over a week ago, I visited my brother and sister Ed and Diane and their family in Las Cruces. I’d gone down in part to deliver the prize Ed had won by naming the song behind the title of The Silver Cup. I didn’t want those beautiful gourmet chocolate tapas melting on that southern New Mexico doorstep. My brother Rick was with us, and after supper, we sat around chatting. Ed and Diane’s teenage daughter came in asking if she could meet up with her friends at the mall. After a little discussion, Diane said, “I’ll take you there.”

I started singing the Staple Singers’ song, “I’ll Take You There.”

Ed chuckled and said, “That’s how I guessed the song behind the title of your book.” The song being (spoiler alert once again) America’s “Lonely People.”

I really wanted to hear how it happened because I have to admit that I was a little embarrassed that one of my brothers had made the winning guess. One friend had suggested that Ed must be very insightful. And honestly, I was puzzled as to how he’d come up with his answer.

Ed must have seen our looks saying, “Yes? Go on.”

“Well, I share a genetic trait with my sister,” he began. (I must insert that I can’t imagine there’s an actual gene for this, joyously riding the spiral strand, but I don’t have another explanation for what Ed was about to say). “We both do what she just did,” he continued. “We hear or read a word or a phrase, and we start singing a song with that word or phrase in it. So, I read “silver cup,” and I started singing, ‘Don’t give up until you drink from the silver cup.’ When Anna announced the contest, I thought, “Well that song fits. This is a story about persistence, about not giving up until communion could be reestablished.”

Ed turned to me, “You used to play a game like that, didn’t you? Songs associated with words?”

I laughed. My mind whirled back to when I lived in Boston with my friends from Calvin College. We had all moved into an apartment on the backside of Beacon Hill. I had never, except maybe when we lived in DC, been surrounded by so many people who weren’t part of the CRC.

One day someone heard me do that word-song association with a hymn. One of my housemates had said, “Move your ashtray. I need to dust the coffee table.”

Without really thinking, I started singing, “Dust to dust, a man shall die.” One of the hangers-on at our place, and there were a bunch of them, said, “Where did that come from?”

A couple of us CRC-ers started laughing, and I said, “I’ll bet you I can associate a hymn with every word in the English language. Come on, give me a word. Any word.”

The guy thought for a minute. He got a gleam in his eye, and I knew he thought his word would stump me. “Bra,” he said, his voice ringing with triumph.

“Yeah. Bra.” He folded his arms across his chest.

After a minimal pause, I launched into, “How firm a foundation, ye saints of the Lord,” to the tune of “Adeste Fideles,” a gleam in my own eye, I’m sure. Everyone cracked up.

Back in the kitchen in Las Cruces, I said with a straight face, “Well, yes. There’s the one about undergarments, you know. I started singing, “How firm a foundation, ye saints…” Ed threw back his head and laughed a great belly laugh.

And that’s how Ed won The Silver Cup title contest. That shared trait we have, whether genetic or not.

What a fun story!! Finally got to read it. I think I have alittle of that too, but don't know many secular songs.
So, did you find a publisher? Sounds like it'sgetting published!

Thanks, Alyzsa. I wanted to post something fun, so I'm glad you found it to be. Yes, the book is being published by Terra Nova Books, a small, locally owned, press in Santa Fe. I connected with them through my attendance at the Jewish Book Fair for my Viktor Frankl book. Thanks for all your support.

I'm pretty sure that I got that gene as well!

Haha! Well, then I guess that's proof--it is a genetic trait!