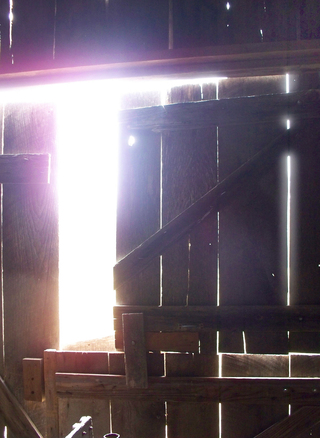 Periodically I ask myself why I write. The act itself can be immensely pleasurable, and other times it’s just work—plain, hard work. In today’s publishing world, there’s a lot about writing for others that’s downright discouraging. Selfishly, though, I write to stay sane. When I don’t write, I sink into depression. I used to tell myself that I write in the hope that my work will touch the hearts of others. That is true, but it falls short of what really prompts me to deny most everything else in my life until I’ve sat with pad and pen or keyboard and screen for a good part of the day. In fact, if my writing touches someone, my fondest hope is that it inspires change.

I don’t mean that I want to change people to think as I do, although I can’t help hoping that at times. Rather, though, I hope that what I write will inspire readers to think and reflect. Sometimes reflection is the change; sometimes additional transformation follows reflection. Sometimes people share with me what has changed, and at those times, I feel that I’ve done my job well.

Last week I called my friend Janet on the morning of a day when we’d scheduled a walk. “Are we still on for this afternoon?” I asked.

“I think so. I don’t know.” Her voice cracked. “It’s just that George is dying. He’s in hospice.” Janet and I met more than forty years ago, when she and George were still married; George is the father of her children.

I understood her tears too well, because my eyes still fill with them when I talk about Cheyenne’s father, who died fourteen years ago. “I get it,” I said.

We did meet that afternoon, walking for more than an hour through the winding alleyways of her neighborhood--past backyards, the odd volunteer bush, tree, and prickly pear collection alongside fences and walls of varied descriptions, the sort of seediness I find charming.

Janet had read The Silver Cup, and as we walked she told me that reading it had caused her to do something the day before that she never would’ve done otherwise. “George had gone into hospice, and I was thinking about my kids, how it was going to be for them not to have a father anymore. And about missing him, too. I went for my regular volunteer work at East Central Ministries.” I knew that Janet has worked in the urban farm there for several years.

“I asked John to pray with me,” she went on. “I told him, ‘I don’t believe that Jesus died to save me from my sins.’ It was your story that made it okay for me to say that. Because you joined a church, and you don’t believe that either. You just try to follow Jesus’ teachings. And you know what John said?”

My arms were covered in goose bumps. I said, “No. What?”

“He said he thought the most important thing about Jesus was that he didn’t quit. He didn’t give up. He kept walking through to the other side when things were hard. When John prayed for me, he said, ‘Just fill her up, Lord.’” Janet’s voice trembled as she said this. It sounded like awe this time, not sadness.

Janet is dedicated to a Buddhist practice, and her feelings about Christianity haven’t been all that positive. Now she was telling me that reading The Silver Cup had allowed her to reach out to a Christian for support and nurture in a time of deep need. The bridging of gaps among people of different faiths, cultures, and politics is dear to my heart, so what Janet told me was important to me in that respect. Even more moving was the fact that because of my book something had opened in her and allowed her comfort on a day when she might have gone on feeling empty and lonely.

This past Sunday I attended the Jewish Book Fair in Santa Fe and heard my friend Judith Fein speak about travel writing and so much more. She said that the only travel that is worthwhile is travel that changes you, transforms you, because you have exposed yourself to something new, something you might not experience in your everyday life. I thought of the Rumi line, “We have opened you.” Travel from place to place is one kind of travel. Reading a book can also take us on a journey, open us to transformation. If my writing inspires vulnerability to newness in even one person, I feel I have done my work well.

If only everyone could simply believe in what Jesus said...

A woman after my own heart, Monica Friedman!

Thank you for sharing the story about your friend and what Judith Fein said at her talk. All deep stuff!