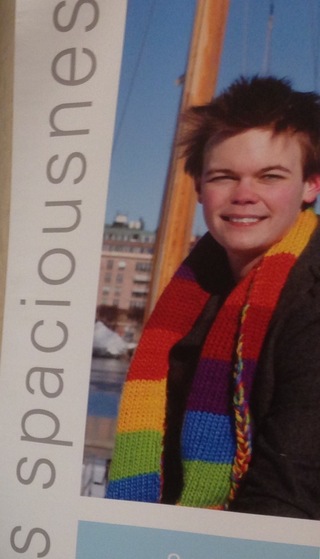 REFLECTIONS ON MY
FESTIVAL OF FAITH AND WRITING

I just attended a conference where Zadie Smith, Tobias Wolff, George Saunders, and Nadia Bolz-Weber were the keynote speakers, and I didn’t go listen to any of them. That’s right. I would have loved to. As a writer of creative nonfiction, I especially wanted to hear Tobias Wolff. And I haven’t yet made it to Nadia’s church when I’ve been visiting Cheyenne in Denver. But I had other fish to fry at the Festival of Faith and Writing (FFW) at Calvin College, one of my alma maters.

The FFW is only held biennially, this year celebrating its 25th anniversary. Over the years it has hosted such literary luminaries as Salmon Rushdie, Marilynne Robinson, Chaim Potok, Maya Angelou, Elie Wiesel, John Updike, Madeleine L’Engle, Annie Dillard, Katherine Paterson—the list goes on and includes many, many less known authors. So it’s no wonder that I have had my eye on presenting at the conference for even longer than two years.

This year a few friends and I made a concerted effort to get me on the schedule. At the time, To Drink from the Silver Cup hadn’t yet found a publisher, but I had published it as a serial in blog format on my website, and I offered a few different presentations I could make—one being about the pros and cons of blogging a book, something I thought other writers could be quite interested in. It was not to be. When I finally heard back from the Festival director, she said that she’d received several recommendations on my behalf. Some were even from Calvin College staff. I’d be considered, she said, but the schedule was already nearly full. Not likely, in other words.

I can think of several reasons why I didn’t get to make a presentation, the first being that To Drink from the Silver Cup even now hasn’t been released. That would probably be the best reason, although, as I said, I proposed what I thought were engaging possibilities that didn’t depend on its publication. I do have another published, awarded book and several essays (also awarded) under my belt.

A second reason could be that faculty and staff at Calvin still walk a tightrope when it comes to the intersection of faith and LGBT people’s lives. Calvin is the flagship, liberal arts college of the Christian Reformed Church (CRC), whose official position is that, while it is not a sin to be LGBT, it is a sin to fully live one's life as LGBT—in other words, to have a sexual partner. Nevertheless, two years ago Jeff Chu, author of Does Jesus Really Love Me? A Gay Christian’s Pilgrimage in Search of God in America, presented at FFW. And in 2013 Justin Lee, founder of the Gay Christian Network and author of Torn: Rescuing the Gospel from the Gay-vs.-Christians Debate, spoke at a Calvin Sexuality Series event.

I left Calvin College after attending for two years in the sixties. I left the CRC seven years later, when its official position about LGBT people came out. I could say nevertheless or therefore, the people who attend the FFW comprise a target audience for To Drink from the Silver Cup. Both words would be true. And that’s why I had such a powerful desire to bring my book to the attention of the 2,000+ avid readers and thinkers who would attend the 2016 Festival.

There was an additional reason for wanting to be there this year: the top administrative body of the CRC, its synod, will meet this summer to deliberate on same-sex marriage, now that it is legal across the US and Canada. This is a hotly debated topic within the population that would attend the FFW. It seemed especially timely for my story to put a human face on that debate.

I decided to try the back door. I’m familiar with back doors. As the opening lines of To Drink from the Silver Cup say, “I left before the church could excommunicate me….I went quietly out the back door.” The back door to FFW turned out to be the Exhibition Hall, which has, until this year, been populated solely by publishers and editors. When I asked if authors could buy a table (at the steep-for-authors price of $400), the coordinator said she didn’t see why not, though it hadn’t been done before.

Thinking I’d help my Canadian friend, Wendy VanderWal Gritter, author of Generous Spaciousness: Responding to Gay Christians in the Church, get more exposure in the US, I asked if she’d like to join me at the table. This turned out to be a case of being helped far more than helping, my noble intentions aside. First of all, Wendy kept me from wearing my shirt backwards on Day One—pretty important. But she also had an astounding number of contacts, and she was gifted at drawing people over to us. She brought a huge banner, too, with a photo of a young person with punky hair (incidentally standing beside the harbor in Copenhagen!) wearing a rainbow scarf. The banner sent an unmistakable message: HERE IS YOUR LGBT CONNECTION AT FFW!

And that was how countless people responded to us. They thanked us for being there. It felt like our table was the Safe Space in the Hall. I don’t mean that other exhibits were necessarily unsafe, but we were overtly safe for LGBT people and their allies. Parents of LGBT people stopped to talk. Sisters. Friends. LGBT pastors. Students. They stopped and they stayed to engage deeply. Margot LaMar Starbuck, the lovely book doctor at the table next to ours, said, “I notice when people stop at your table, they stay for a long time.” It was true.

I was there to offer what I profoundly hope will be a gift to many readers—To Drink from the Silver Cup. I received gifts tenfold in genuine, deep conversation. I made friends who will be friends for life. I was interviewed by Nandy Heule for Christian Courier. I came home with a list of people who want to order the book when it comes out. We held a reading that was well attended, despite the fact that it was not in the printed schedule (although we’d been told it would be), and despite the fact that it was set as the very last event on Saturday, other than the final keynote by Nadia Bolz-Weber. People were tired, had already left for home, or were in a rush to get over to hear Nadia, and who could blame them? But an interested faithful number came anyway.

My time at FFW was wonderful. In fact it was incredible. It was exactly what it needed to be for the promotion of To Drink from the Silver Cup. The Back Door approach turned out to be the right one. And it was Second Class. I said that to Wendy when it was over, and she nodded her agreement. “Why Jeff Chu and Justin Lee and not me?” I asked her. "I have something different to offer. For one thing, they’re both of a younger generation, so their stories are historically very different from mine. They’re both men. I’m from the CRC, and they're not. I’m one of the ones who left after the CRC’s big decision on homosexuality in 1973. They should want to hear my voice."

Wendy said that was probably why they didn’t. Want to hear it. Or dare to hear it. “You’re more of a threat,” she said. “You’re from the CRC and unrepentant.” We both laughed at that. “You have more power than you think,” she added.

So far it seems to be power that they feel they must hold in check, though not necessarily willingly in all cases. But the response in the Exhibition Hall tells me that it won’t be for long.

Thanks for sharing this Anna... your voice is an important one for a large number of people still trying to find a place in a community of hard-headed Dutchmen. I gave up trying a while back and found community in other places... still, a desire remains for acceptance from family and friends of my youth. I hope your book cracks open the door just a bit more wider so that more Light can get in.

Wow!! I'm so happy that you made so many contacts. I think your spirituality in the face of what you went through comes thru!

Thank you for always being so encouraging, Wayne. That is my hope, too.

Thanks, Lis, for the support on the contacts and also for your comment about a spiritual response to the experience.