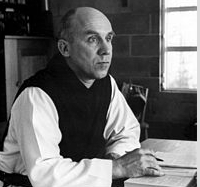 “What’s wrong with visions?” I asked. I was pretty sure I’d like to have visions. “The prophets and disciples had visions.” I imagined my own burning bush or a blinding light on the road to Shiprock taking away my breath and giving me a divine command. I wanted more excitement and revelation than what was dished out in church. Why not? Why should people from 2,000 years ago get those godly treats and not me?

“Yes,” my father answered. “The prophets and disciples had visions so they could write the Bible. We don’t need visions now because the Bible is complete.”

While we talked, we shooed the hens into the coop and locked them up for the night. We headed back up the dirt road toward the house and supper.

Why doesn’t God want to give us visions anymore?” I asked.

“I just told you. Because he has already revealed himself completely in the Bible.”

“But, Dad, the Bible says God never changes. Why would he change about giving us visions?”

“That’s just the way it is.” He quoted the Bible: “‘My ways are not your ways,’ saith the Lord.” I heard his exasperation. When we got into conflict, there always came a point, if I wouldn’t let go, when he summoned absolute authority.

The conversation was over. Much later, I realized that this exchange exemplified the contradictions that existed in my father. On the one hand, he was intensely curious about Diné culture and language. On the other, he believed sincerely, even desperately, that he was obligated to replace the culture with Christianity. His brand of Christianity. He bridged this apparent contradiction with a neat form of denial: he considered Navajo religion and Navajo culture to be two separate things, whereas to traditional Diné, all of life is one sacred whole.

When we got back to the house, Dad put the peyote fan into a glass-fronted cabinet in his study, alongside Bible commentaries and books on hermeneutics and object lessons.

For high school graduation, Miss Hartgerink gave me a thin red Dell paperback, Thomas Merton’s original Seeds of Contemplation. It carried me into a new spiritual world that appealed to my imagination, to my dreaminess. I romanticized the narrow cell of the contemplative. I imagined myself in a cloistered life. I tried to emulate Merton in my prayers. Because I loved Miss Hartgerink, I was even more taken with Merton and Hopkins than I might otherwise have been. Love is the great opener.