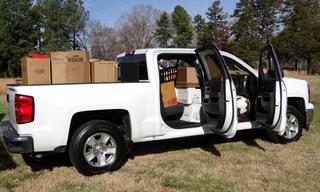 WHY I’VE MOVED 65 TIMES IN MY LIFE

During the next two weeks I am helping Cheyenne move from the apartment she’s lived in for three years, still in Denver. I wrote a friend about the move, saying, “Moving—story of my life.” Janet responded, “How great to have a move when an expert mover is visiting!” Cheyenne hastened to point out that she’s pretty much of an expert herself. Her many moves did start early, with me. A few days after her birth, we moved from the house she was born in in Ponsonby, Auckland, New Zealand, to another house in Ponsonby, and when she was three weeks old, we moved to women’s land on a farm outside Kaitaia, Northland, New Zealand.

As I got ready to move the 65th time from the little yellow box on Indiana Street, I mentioned my 65 moves on Facebook. I wish I could remember which FB friend was astounded, “Really, 65 times?” I replied that at some point, I’d write a blog entry as to why. He said he hoped I would. So here I am, five months later with a short account.

I first thought about numbering my moves on what turned out to be the 60th. On a cold, rainy day in November, Pita and Dick Martinez-McDonald and their son Tristan helped me move from the half-travel-trailer-half-house we rented from the Pachecos in La Jara, New Mexico to the remodeled mobile home I bought from Ricky Montoya on its long, narrow piece of land. I always wished I’d had a camera that day, as Dick and Pita towed a flatbed trailer bearing a potted palm waving its fronds from within my clawfoot tub, down the rutted clay road.

I was determined that would be my last move. However, I would move five more times, and now I’m completely mobile until… I settle down. Those sixty-five moves have included three countries on as many continents and seventeen US cities or communities. Now to the question: Why?

Dr. Ruth Useem, a sociology professor at Michigan State University, conducted some of the earliest research on adults who have spent a significant number of their developmental years in a culture other than their parents’ culture(s). She called us Adult Third Culture Kids (ATCKs). Useem found that ATCKs, of which I am one, share many characteristics. Our experiences and the resulting common traits can be said to constitute a third culture. We often find that we are more similar to one another than to people of our parents’ cultures or the host cultures we’ve lived in.

One of those common attributes is that we often exhibit a high level of restlessness as adults. This restlessness can be ascribed to a lack of ownership in either culture. I sometimes describe the experience as having grown up in a crack between two cultures, not really belonging to either. It means that as adults we may still be trying to find a place where we can fit in. I once had an office partner who observed, “You’re always looking around the corner to see what’s next.”

To the outside world I probably look a bit like the dog that turns and turns and turns, trying to find the exact spot and angle in which to settle. I might give up and lie down, then read something or have some conversation that shoves me back up and into motion again. I look around and start turning, sniffing in different corners, hopeful for a while, only to give up once more.

This doesn’t necessarily mean that I’m an unstable person. In fact, once when I was teaching counseling principles to a class of future herbal medicine practitioners, one of the students suddenly said, “You are as solid as a rock.” I probably threw my head back and laughed. I thought, “If you only knew. I’m like the rolling stone that gathers no moss.” But I was complimented, and afterwards I thought, “Yes, I move a lot physically, but inwardly I am at peace.” It hasn’t come without a lot of inner work, though.

There are many upsides to having moved so often. One of them became clear to me only a few days ago. When I was in Seattle, I stayed part of the time with my good friend Ann Przyzycki, and we did a really fun book event together. One day when I was talking with her about some of the contacts I was working with around the country and in Canada (not one of the countries I’ve lived in), Ann said, “I can’t believe how many people you know and from so many places.” My recent epiphany was that having moved so often is one of the reasons I now have so many wonderful, helpful friends in so many places, who are making this book tour possible. And just having so many comrades from such varied backgrounds is incredibly rich. Thanks to all my moves.

Anna, I continue to be humored by your unsettled settledness, Sister! The metaphor of the dog settling in takes me back to a hunting trip with Dad. I was trying to settle into my sleeping bag...Dad finally said, "For heaven's sake, Rick, you remind me of a dog turning and turning before it finally settles down." I thought of that night again last month as I revisited that same camping spot south of Quemado, NM.

Being an ATCK myself (Though less than you) I wonder at my having stayed in only 2 places since 1981. Have to admit I'm always thinking, "What next?" and when traveling around the state I often find myself wondering what it would be like to live in this or that village or how could I fix up that abandoned building to make it into a cozy retreat.

Rick, I loved your story about camping restlessly with Dad. And your second paragraph cracked me up, because those are exactly the things I do, to the point that when we've seen an abandoned shack falling into the Earth, Cheyenne will say, "Mom, there's a fixer upper for you!"

It really helps to see this in writing. I've asked myself many times why I feel restless with geography while growing calmer in my being. Thank you for writing this. It will always be one of our first conversations when we first met at that coffee shop in Pacific Grove, CA.

Glad you resonate with it, Paolo. Thanks for the feedback. That was a day well met, for sure.