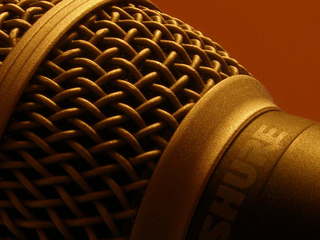 I’ve had three interviews now for To Drink from the Silver Cup—one for print media and two for radio. As with everything else on this tour, they’ve been a learning experience. At some point in my research on publicity, I had read a couple of tips about interviews for book promotion:

• Keep your answers brief.
• Keep the focus on the book.

Fortunately my first interview was the print one. I say “fortunately” because I realized, even during the interview, that I rambled at times. It was after that interview that I reread the tip on keeping my responses brief. I thought, “Well, at least the reporter could edit out the extraneous stuff and no doubt didn’t write it all down in the first place. Of course, there’s editing with audio, too, but that was my thought at the time. I also realized that I probably had wandered from the topic of the book without any help from the journalist.

I held those tips in mind when I had the third interview. It was an hour long, which could account for some of what happened, although I’ve since had external corroboration for what I noticed in its aftermath. I enjoyed the interview tremendously, because it involved a stimulating exchange of ideas. But I realized when I listened to it on air, that the interviewer talked much more than I did, and many of the ideas we explored, although tangentially related to the book and me as its author, really constituted some agenda the interviewer had. In fairness, the interview preceded a writing workshop I was giving, and a lot of her comments (lengthy) and questions (few and far between) were about the workshop and teaching writing.

However, in preparation, I had sent her my media kit; I don’t know if she familiarized herself with it, but I think if she had, she might have asked more book-related questions and not expounded on her own ideas quite so much. I had drawn up a list of talking points to help interviewers prepare, but I didn’t send them to this interviewer because I thought she might be offended. She might assume that I didn’t trust her to come up with her own questions.

I did try several times to redirect the conversation by connecting stories and ideas from the book with what the interviewer was saying, prefacing those points with, “In the book…” From the experience I learned:

• I need to be more vigilant and skilled at redirection,
bringing the conversation back to the book and its content.

• I won’t be shy again about sending my list of talking
points along with the media kit.

• I might even ask before an interview whether the
interlocutor has read any of the material I sent and if
there’s any way I can help with topicality.

I’m astonished all the time by how much I have to learn about the business part of being a writer. I know for sure why most of us dislike this part of the job so much. On the other hand, I can actually also become intrigued by it, as I delve deeper, and that is a pleasant surprise.

I agree. I think you can be a bit more directive of the interviewer. They can always push back if they want to go somewhere else. But it is your book.

Thanks for confirming, Jim.

Interesting to learn about having a media kit with talking points. Sounds like an inexperienced interviewer. You're getting Experienced!

Actually, Diane, if by experienced you mean this interviewer does lots of interviews, she's quite experienced. If you mean that she hasn't received pointers or training, you're probably correct. The more I talk with others about it, the more I learn that this is how she generally interviews. She also had no notes that I could see, which was quite amazing to me. Learning, learning, learning.

Grateful to be on your sharing list. Each message is a "learning experience" for many of us--at least for me. I think you are having a wonderful time as well as learning, Looking forward to having you back in our "neck of the woods."
Best Wishes--Vel

Thank you, Vel. I'm looking forward to seeing you, too. Next Sunday.