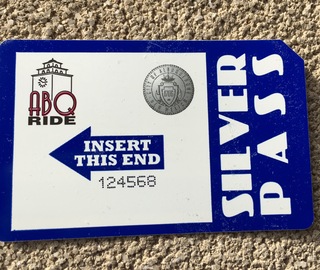 I knew it had been a while since I posted a blog entry, but I was startled to see that it has been more than a month since my last communication. Time to fill you in. You may recall that I spent the holidays with Cheyenne in Denver and helped her move to her new apartment. On January 4, I flew from there to Pittsburgh for the Gay Christian Network Conference.

Highlights of the conference: The Women’s Retreat and meeting Marg Herder of Christian Feminism Today. Sharing a table in the Exhibit Hall with the Canadians of Generous Space. Being flooded in the first hour in the hall by people who beelined it to my table just because they wanted to buy To Drink from the Silver Cup—many of them coming from my roots—CRC and Dutch. Hugging and sharing tears with Don VanderSteen, who had been at the very significant wedding of my nephews Ryan and Devin. Heartfelt conversations with countless attendees, feeling so privileged to listen to their stories, to hear what had brought them to this particular conference. Listening to Gene Robinson, the first openly gay and partnered archbishop in the Episcopal Church. Spending time with my sweet brother Bob.

It was at the conference that I woke one morning with what felt like a rather ordinary though annoying pulled muscle in my shoulder and neck. I assumed it would go away in a few days, and so it seemed for the most part, until I returned to Seattle and drove from there to Bellingham, where I planned to stay for a few days before my next event at Vancouver Island University (VIU) in BC. By the time I reached Bellingham, however, I was in excruciating pain, barely able to drive. I regretfully canceled the VIU engagement, moved from an AirBnB to a hotel where I could soak, got three massages and two chiropractic treatments with very little relief. Despite the pain, I drove to British Columbia for two more events. At Trinity Western University, in addition to my readings, I was able to have deeply meaningful, individual conversations with three young women who are living out the intersectionality of being LGBTQ and Christian. The other event was in a private home with the Mennonite group, Humanitas. As always there were wonderful conversations with thoughtful questions and sharing of bits of stories.

Back in the US, I returned to Bellingham, received an acupuncture treatment, soaked some more, got a prescription for a muscle relaxant, and finally decided that the best option was to suspend my West Coast tour indefinitely. That meant canceling seven engagements and returning to Albuquerque where my HMO would cover further treatments.

It is always my goal to live a purpose-led life. Within that pursuit, I believe that there are big and small purposes in the things that happen to us. What was happening in my body was a tough one, since I and more importantly, To Drink from the Silver Cup, have been very well received on the tour. A few things cause me to trust that what seems like a glitch (and a painful one at that) also serves a purpose. One of them happpened while I was still in Bellingham: The massage therapist I saw was fascinated to hear about the book. She is legally blind and wished it was available as an audio book, but could read it on Kindle with assistive devices. Perhaps even more important, she told me she thought the book might be helpful to her boyfriend, who has been recovering from a very rigid religious upbringing for the past twenty years. If there was only that encounter, which would never have happened without my pain, it would have been enough.

The way I have been almost miraculously supported has also affirmed that I am where I’m supposed to be. My good friend Janet, who lives in the Q, contacted her cousin in Bellingham, who immediately said I could store my van in his driveway. The lovely North Valley home, where I was planning to house sit for two weeks in February, was available the moment I arrived and will be until after the first of March. David Martinez pinch hit for his wife, my friend Carla, who had something come up, and picked me up at the Sunport. The friend who let me into the house (none other than Margy Barol, who guest blogged here on December 14) handed me a half dozen eggs from her daughter’s hens, a container of beef vegetable soup, and a generous slab of cornbread. Janet, who can’t drive for the next couple of months, offered me her car, although I can’t drive it quite yet either. Sharon said she will be at my service for rides when she gets back from NYC. My former principal from Washington Middle School, Ben Chavez, and his wife Diane now live in Oregon and have offered to drive the van down to Salem from Bellingham. Fonda came over with supper my second night here. Beth took me to a doctor’s appointment. Paula shopped for me and took me to acupuncture from the doctor and then "home" again.

Because of all this, Janet tells me that my new mantra must be, “Girl, you have nothing to worry about.” And furthermore, she said, “Your only next step is to make your physical therapy appointment. Nothing else.” Maybe that is the big purpose—for me to learn not to obsess about logistics because I do tend to do that.

It also occurred to me in the plane on the way home (home?), that I’ve missed my Albuquerque community a lot. With all that is happening in the world, maybe it’s time to be with them, to recharge, to share in our justice work together, before going on to the next step. Because in the community I’ve committed myself to, community means doing things together that we agree are important for the healing of the world.

And so I am here. Yesterday I bought a one-month pass to Albuquerque Ride, the bus system, a confirmation of here-ness. I began looking for an apartment, and I think I may well have found one that, as Cheyenne so thoughtfully says, I can grow old in. I am still planning to make it to all my already scheduled Midwest events, though I will fly or take the train, not drive, and I hope to reschedule some, if not all, of my West Coast events. Stay tuned.

It wasn't until my husband and I were separated that I began to notice little miracles occurring in my life. Perhaps because of the upset in my life, I became more aware of

... of seemingly unconnected things coming together. There was nothing as grand as a burning bush, they were small miracles, but they helped me pull through.

This was nice to read, Anna. So glad you find some purpose amidst the pain and disappointment, and yes,you are really fortunate to have such good friends and community to help you out.

Glad you are safely home, and praying for good healing!

To Anonymous: Thank you for sharing about how you became aware of small miracles and how they helped you through a difficult time. I agree that sometimes when we're raw, we're also more sensitive to life's graces.

Thanks, Therese, for all your love and support. Yes, I have wonderful friends, and I'm glad I can number you among them.

Thanks so much for your prayers, Lorelei.

What a great update! Gave me goose bumps:)

Oh, Janet! You are so responsive.

Anna, just read your February blog. I'm so sorry to hear of your ailments. But what a roll through it all! I appreciated so much meeting you at the GCN Conf. You and Janet Edwards. We are doing fine back in California, and wish you well.

Thanks so much, Lesley, for checking out my blog and for commenting. I enjoyed meeting you and running into you throughout the conference. Glad you're doing well. Blessings.

Thank you, Vel, for such kind words and for your offer of transportation. I so appreciate it and will keep you in mind. You're right, the break is good for me. Peace.

Wow! Your experiences are something else--and you describe them so impressively. I'm not sure that's the right adverb. Anyway I was and have always been impressed.
Hope you are healing. Do you think it was in part all that driving? Sorry that you had to give up so many plans as well as endure the discomfort, but it is good to know that you are nearby again.
If you are ever in a "tight place" for transportation, please give me a call: 269-9492. I would be honored. It would be great to see you as well.
It's well that you are able to take a break during the winter--with all the weather here and there. "For every thing, there is a reason/season..."