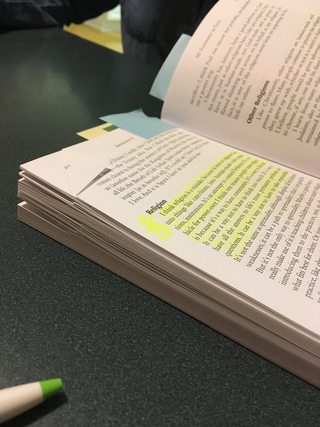 “This is quickly becoming one of the most important, if not the most important, books I’ve ever read. It’s a life-ring.” In the US we’d call it a life preserver; this comment came by FB message from a young lesbian who attended one of my workshops in Canada. She grew up in the Christian Reformed Church (CRC), the denomination I in which I grew up. I wrote the book for her.

“Can you come to our house for lunch while you’re still up here in Cuba? I’m more than halfway through your book, and I have so many questions I want to ask you.” This man had taught in the little rural school system where I was a school counselor, but we’d never known each other well. I had lunch with him and his wife, whom I knew a little better. Nearing eighty, there was so much unresolved for him about his strict Baptist upbringing, which had at one time almost drawn him into seminary. His lifetime of spiritual seeking had in many ways paralleled mine, as recounted in the book. I wrote the book for him.

“Your book touched me so deeply,” the woman said through tears. “It’s not because I have a lesbian daughter. That was easy to accept. It’s because I didn’t have that passion for faith that you had as a child and a teenager. My rigid upbringing [in the CRC] left me cold. I walked away and later joined a more open church. I never looked back.” Her tears told me that the church experience that had failed to touch her represented a loss.

“Everyone in your family should read your book. It came from your heart,” my 91-year-old aunt, in so many ways as conservative as my mother, said as we hugged and kissed goodbye.

“I cried through your whole book,” a woman wrote me. She went on to tell me stories of the extreme hypocrisy she witnessed by leaders in her church and how her abusive father called her a liar when she told him what she’d seen. She wrote how she’d been forced to give up a boyfriend she loved because he belonged to the wrong church. Later she attended one of my home readings where she spoke of how church leaders had told the mother of a friend with AIDS that she would be excommunicated if she visited her dying son. This woman, too, left that church for a more welcoming, honest one. She brought the book she’d purchased for me to sign—dog-eared, highlighted, and plastered with Post-its.

“Thank you for writing this book,” The woman at my table said. Then she crouched down to be at my level, to almost whisper in my ear, perhaps not wishing anyone else to hear her doubt, “Do you think there’s hope for the CRC?” I said, not meaning to be glib, “There’s always hope." Later I wrote this ally an email saying, “You are the hope. We are all the hope.” I wrote the book for her.

At the University of Nebraska/Omaha a student spoke up about his father. As the young man described him, I was reminded of Anne Lamott’s phrase,“psychotically Christian.” There was hunger and hope in the speaker’s voice when he asked if my book went in depth into my experiences with non-Christian spiritual traditions. He wanted ways to share meaningfully with his father, whom he loves and respects deeply. Before answering yes, I said I thought he and I must have the same father.

When I was finished signing at UNO, I walked up to the bookstore table to see how many books had sold. The friend who’d accompanied the seller told me how much my reading had meant to her. “I wanted to come up to talk to you at the table, but I was too shy. I’m a lesbian. You’re only the second person I’ve come out to.” Her friend the bookseller was the first.

The next day an instructor at UNO told me how students in her classes talked about the book. One gay man said, “I’ve always thought, ‘Oh, those lucky lesbians. They have it so easy. Everyone accepts them and hates us. This book completely changed my thinking.” I wrote the book for him, though not in any way I had anticipated.

One of my friends gave a mutual friend a copy of the book for Christmas. She wrote me a week later: “Anna, I am so enjoying reading To Drink From the Silver Cup. I am into the section where you are at Calvin. You have such a gift for telling an engaging story, drawing your reader into the myriad feelings you are expressing. I can’t wait to read more of your journey!"

Someone I knew only as an acquaintance became a friend after she read my book. Raised strict Catholic, she has felt both released and bereft after leaving the church as an adult. She wrote, in response to a post on FB, “Well, your book sure impacted me!”

A woman from Minneapolis—a friend of friends—saw my post about taking the Blue Line to O’Hare after finishing my tour in Michigan. She wrote, “Will you be coming to Minneapolis? Please, please, please yes!” How can I turn down a request like that? She wrote more, “I simply devoured your book. For me to read a book in a week (with an 8-year-old, 18-month-old, full-time job and husband who travels) is unheard of. So much of it resonated with me (our similar Dutch upbringing, struggles with doubt, love of mysticism, and leaving a church we love and having to make our home in a new denomination).” I wrote the book for her.

I wrote the book for all of them.

It doesn't surprise me that your book has touched so many lives, Anna. The church, especially the CRC, has hurt so many people because of it's strict interpretations of doctrines, written for a people who lived in a time much different than today. Mankind is changing and you, and writers like you, are responsible for bringing about those changes by opening the minds and hearts of those victims who have never heard their story told... until you told it.

Beautiful! So many seeds planted in spiritual deserts, to be watered and brought to flower by the Spirit. Love, Kathy

I love this essay for its powerful rhythm, structure and message.
I am so glad to see how richly rewarded you are for writing this and getting it to reach people who so deeply needed to be reached. That's especially amazing what your aunt had to say. Clearly this has been healing as much for you as for your readers. I am inspired and encouraged by your example.

Nor does it surprise me, Wayne, that you understand how my book has resonated deeply with so many people. Of course, it is not only the CRC that has made what I consider interpretation errors of a most harmful kind, but also others, especially evangelical, as my Baptist friend attested to. Thank you for your perceptive comment.

Thank you for your ongoing love, support, and understanding, Kathy.

Diane, I can't tell you how much your comment means to me. Thank you for speaking to the craft of the piece. That's so nice (and rare) to hear. It also means a lot that you get the significance of my aunt's comment. She does happen to be my favorite aunt and always has been, even though now she's only one of two left out of ten. Thank your for your continued support.

A moment of brevity and levity from the incomparable Monica Friedman.

I keep recommending the book. It validates my own search for answers and the unique journey that such a search implies. It's the kind of book that says what many of us feel but struggled to express. I could see this turned into an equally powerful movie.

Thank you, Paolo, for recommending the book so often and for loving how it's spoken to you. I can't imagine it as a movie, though!