BOOKS ON THE JOURNEY III 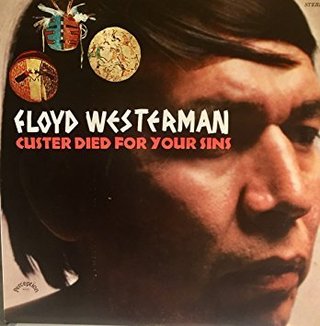 Although I was seventeen when I started at Calvin College, I think of college as the beginning of young adulthood. Those were the years that I struggled mightily with the conflict between my sexual orientation and with what I began to learn about what my faith community said about who I was. No one else I knew was struggling with this, as the church hadn’t yet made its 1973 statement on homosexuality and Christianity. I have seen time and again that when people question something that the church takes as seriously as it does sexual orientation, they must also begin to ask other, even bigger questions with bigger consequences. Questions like, “What is the Bible, really?” and “What does it mean to me, if anything?”

In fact, I didn’t even realize that I was implicitly asking a question when I chose to write a paper in my Western Civilization class comparing the teachings of Buddha with the teachings of Jesus. There was one chapter on Asia in our textbook. I suppose including only one chapter on that enormous continent with millennia of history could be justified by the fact that we were studying Western Civilization. Our professor further relegated Asia to insignificance by deciding not to cover the chapter in class but to have us write a related paper. I checked out the Dell paperback, The Teachings of the Compassionate Buddha, from the Hekman Library, and proceeded to read, extracting teachings that seemed very similar to what Jesus had said. I did not require a concordance to find the biblical texts I needed. I compared the teachings of the two men, working on my compact Hermes portable typewriter through the night before the paper was due. When I got the paper back with an A, there was one comment, a question: “Are these your ideas or someone else’s?” I was irritated. I felt that my academic honesty was being impugned, since the only sources I’d recorded were the Buddha’s text and the Bible. Surely the prof should know that I would have included any secondary sources in my bibliography if I’d used them. Later I realized that he, also an elder in our church, was probably uncomfortable with the comparisons I was drawing. Innocent that I was, I didn’t realize that I was already asking some of the larger questions I would come to formulate as my sexual conflicts caused me to leave the church. (p. 92)

Fast forward seven years, and I have met the woman I call Neale. Neale had not had a romantic or sexual relationship with a woman, but it was she who helped me out of the closet. It was, first of all, love that inspired me to live out my sexuality. It was Neale who, as a young black woman from NYC, knew how to look and find Lesbian/Woman published by Del Martin and Phyllis Lyon in 1972, the year we met. Although I’d read some material about lesbians, both fiction and nonfiction, there was always something subtly or blatantly negative about how we were portrayed. Del and Phyllis were lesbian feminist activists, and their book represented my first truly positive encounter with this aspect of myself. I will always be grateful. (p. 103)

Neale and I moved in together and set up a joint checking account, bought dishes and pots and pans, and set up two bedrooms—one we slept in together in a double bed and one for show as “my” bedroom. We lived in Allison, technically a ghost town, a fact that wasn’t lost on me as I continued to teach at the mission and live a hidden life separate from it. Neale was a substitute teacher in the Gallup schools and also taught a freshman English class at Crownpoint to educational assistants who were working toward degrees and teaching credentials. One of the texts she selected was Nigerian author Chinua Achebe’s Things Fall Apart. I rode along and used her class time to plan lessons, grade papers and read the books she was teaching. I still count Things Fall Apart as the most important book of my life because it helped me see that the religious practices and beliefs of different cultures work for those cultures, and in seeing that, I no longer felt bound to stay within the walls of a church that was becoming increasingly meaningless to my life. Besides its significance for me, Things Fall Apart is a wonderfully written story about what happens to a well functioning tribe when colonization occurs. And it is about one man whose rigidity is his tragic downfall. The Navajo women who were taking Neale’s class related to it powerfully; it was also their story. One scene in particular was also my story and gave me the last permissive nudge I needed to leave the church. At the time, that was the healthiest decision I could have made. (p. 111)

The context for Custer Died for Your Sins: An Indian Manifesto by Vine Deloria, Jr. (Standing Rock Sioux) in To Drink from the Silver Cup is a description of the larger milieu in which I found myself when the white missionaries objected to having me live in the dorm that had heretofore been for Native students only. It was the time when civil rights movements were in full swing or, in the case of the Red Power Movement, rumbling awake, and Deloria’s book accompanied that movement. I did not actually read the book in the chronology in which it is mentioned. But a few years later Floyd Westerman (Sisseton Wahpeton Oyate Sioux) would write and record a song of the same name. It was the summer after my first half year of teaching back at the mission, the first summer of my partnership with Neale. I was taking classes for my teaching credential back at UNM, and “Custer Died for Your Sins” was part of the record collection in the apartment I sublet. The song pierced my heart. I listened to it again and again in the dark, weeping. I was overwhelmed with grief for what has been done by this country to its indigenous people—grief and responsibility. (p. 74)

Is the Homosexual My Neighbor? Another Christian View by scholars Letha Scanzoni and Virginia Ramey Mollenkott came out in 1978, five years after Neale and I moved in together. It was the first book I read from a Christian perspective that proposed an interpretation of scripture that answered the titular question with a “yes.” I had left the church and my own spiritual life behind. Part of me might have wanted to embrace this new interpretation of the Bible, but I was too far removed from what had been my faith. Nevertheless, I felt strongly that if anything could offer my family a path to a change of heart, it was this book. I bought eight copies and mailed one to my parents and one to each of my brothers. Years later, I would learn that some of them never read it. Those who did were not swayed at the time. (p. 118)

Next time: Mysticism and Meaning in My Thirties