BOOKS ON THE JOURNEY II 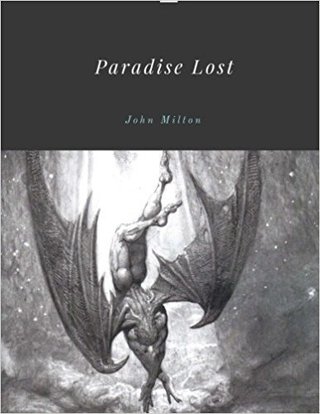 “It’s hard being a human being. And it’s even harder being a teenager.” Whenever I said that to one of my students, they agreed with a sense of relief. I said it pretty often. There is a certain universal comfort to be had in acknowledging the truth of the first sentence. And the second, too, even, for those of us who are long past our teen years—because we look back and remember and are glad we don’t have to relive them.

The first few books I mentioned from adolescence in To Drink from the Silver Cup were ones I read in my senior English class, and for me they exemplified that truth—how hard it is to be a human being. Life was dark then, and much of the time I couldn’t see beyond the hand in front of my face. Beowulf was the first, with all its Anglo Saxon grit and the immediacy of the language, the blood and guts, the violence of ripped off arms. And yet, as teenagers will, I also reveled in it, felt excited by its ancientness. As the glaring New Mexico sun shone into our classroom, I exulted in how the words could take me to the dank gray mists of old Britain. From that moment in time, I was forever captive to the literature of that small island and would long to go there. (p. 79)

Chaucer, then—bawdy, raucous Chaucer's Canterbury Tales with its all too human pilgrims. The lyric of the prologue sang

Whan that aprill with his shoures soote
The droghte of march hath perced to the roote,

so even though we were in autumn, a spring I could only imagine swept past the classroom door. The next year, a teenager still, I would write my freshman English research paper on Chaucer’s pardoner, the one of whom was said, “I trowe he were a gelding or a mare.” We were assigned to write about a character from Canterbury Tales, and I could have picked any one, but I chose the one whose sexual identity had been called into question. He was not a sympathetic character, but there was something about him, something important. For me. (p. 79)

But that senior year of high school it was Satan in Paradise Lost that grabbed me by the throat. In the beginning of Milton’s epic poem, it is Satan who is devastated by having lost his paradise—God and heaven. I didn’t believe that I was about to be cast into the fiery pit, but I did feel that I stood on a perilous edge, about to lose every earthly thing that was important to me—home, family, church. Even then, as I remember it now, I didn’t believe that my sexuality was going to cut me off from God. But to lose the human face of God—that was what I was confronting. (79)

Later, we read Macbeth, and I wanted to wail my grief with Lady Macbeth. I wanted to wail out of existence the spot that had become my condemnation. “Out, out, damn spot,” I cried with her. (83)

Two books brought me comfort. In senior English we read the most well known of Gerard Manley Hopkins poems, “Pied Beauty” and “God’s Grandeur,” ecstatic poems about God in nature, God in the imperfections of life. On the morning after our performance of George Bernard Shaw’s Pygmalion, assailed by depression that the teacher I call Miss Hartgerink attributed to the letdown after a performance, I went to visit her. She handed me Gerard Manley Hopkins: A Selection of His Poems and Prose and directed me first to the poem “Peace,” which is about longing for peace, about peace seeming never to come and settle—something my teacher seemed to be aware of in me. And then she showed me the first stanza of “The Wreck of the Deutschland,” which I now know by heart and so often say to myself, a verse of such depth and beauty, such a poignant understanding of the vagaries of life. (84)

My other comfort, also introduced by Miss Hartgerink, was Seeds of Contemplation by Thomas Merton, a thin red Dell paperback that cost 50¢ back in the day. I read and reread this, being drawn to the mystical life and also to the romance of living in a contemplative’s solitary cell. Later Merton would write New Seeds of Contemplation, but I preferred the old one, probably as much for nostalgic reasons as for the difference in content. The old red version was my graduation present from the teacher I was in love with. (136)

I was likely still in middle school when I read The Robe by Lloyd Douglas and in high school when I read Ben Hur by Lew Wallace. Probably I was still a teen but out of high school when I read The Nazarene by Sholem Asch. These three books had in common that they were novels of the time of Jesus. The imagination of these authors gave me the precious gift of an emotional experience of Jesus. The church of my youth did not emphasize an emotional or even really a spiritual experience; its focus was theological. While I appreciated, and still do, this valuing of the intellect, I craved an experience of connection that would eventually lead me to mystical practice. These novels took me to the time and place of Jesus in a way that the language of the King James Bible, the Heidelberg Catechism, and three-point Calvinist sermons did not. They gave me a sense of what I thought must have drawn people to Jesus so powerfully—the charisma that is Love incarnate. I yearned to know that Love, to have it dwell in me the way these books told me it dwelled in Jesus.

Next time: Books from young adulthood, as mentioned in To Drink from the Silver Cup.

Ah, yes! Those books from long ago and far away. I'd just about forgotten THE ROBE. I think it may have been my introduction to "the historical novel". History became more interesting after that. It occurred to me at one point that all novels must have a "setting" of some kind--even the location in the mind. Duh! Many of the writings you mention are familiar, but a number are not. The old English just about did me in. Still does sometimes. I could go on, but I won't. THANK YOU for the reminders.

Anna, continuing to read with interest your bookish journey. Delighting in the news of the poets/poetry that accompanied you.

Thank you, Kathy, for your delight!