BOOKS ON THE JOURNEY IV 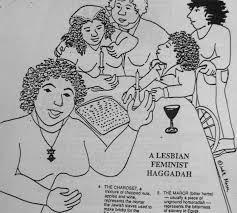 Mysticism and Meaning in My Thirties

In 1978 I embarked, by taking a single course—Psychology of Women—upon a clinical counseling degree. I continued to work as the English Editor and Curriculum Coordinator at the Native American Materials Development Center, a Native educational publishing house, while I took two or three courses at a time in the counseling program. In the foundations course, our text introduced us to writings by luminaries from all the well-known counseling theories. One of the existentialist humanists was Viktor Frankl, whose logotherapy posited that the most basic human drive is a need to live a purposeful life. However, the excerpt from his prolific writings addressed, not this fundamental tenet of his, but one of the useful but rather flashy techniques he developed—paradoxical intention, which treats OCD and anxiety disorder.

I was disappointed in that choice because I wanted the meat of his work. I decided to read Man’s Search for Meaning on my own, not knowing what a huge role this book would play in my life. It is Frankl’s account of surviving four concentration camps during the Holocaust and afterwards analyzing the experience through the lens of his theoretical framework. It is perhaps the most hopeful first-person account to come out of the Holocaust, as well as one of the earliest. The book affected me powerfully on my first read, and I read it many more times. Over the years I worked as a counselor with many high-risk populations—Navajo children and adolescents, LGBTQ people struggling in an intensely homophobic society, Cambodian refugees, undocumented immigrants, high-poverty adolescents in rural and urban settings. All of these had one thing in common—they were living with multiple traumas to an extent that any publisher, had I written them into a fictional character’s life, would have told me to cut and cut again, to achieve believability. I began to use logotherapy in my practice with young people and kept thinking, “Couldn’t these students relate to Viktor Frankl’s story? Wouldn’t his story inspire hope in them?”

One beautiful spring day, in rural New Mexico near the Navajo Nation, I put a middle school student, who had lost all hope and was quietly destroying his life with inhalants, into an ambulance bound for residential treatment. As I walked back into the school, I made a decision to begin writing a biography of Viktor Frankl for young people. Five years later Clarion Books published Viktor Frankl: A Life Worth Living. I still count Man’s Search for Meaning, as do many people I’ve since talked to, one of the most important books of my life. (p. 199)

Not long after I read Man’s Search for Meaning, I faced crisis in my personal life as the relationship I’d strived to keep alive with precious little social support began to crumble. I moved to live on my own, continued to maintain a private group therapy practice with mostly LGBTQ clients. For seven years I had mostly denied that there was anything spiritual in me, but now I began to open up to spirit. I hoped I could find meaning in meditation practice. The mystical, though I didn’t have the word for it at the time, had drawn me since childhood, but I had little idea where to start. In the early 80s resources were not plentiful as they are today, so I turned to books, as is my wont. I read Practical Mysticism by Evelyn Underhill. It contained meditation instructions, and I sat in the upstairs room I was renting in a carriage house on 12th Street in Albuquerque, watching my breath, noting the sounds of trucks and cars passing by. I didn’t know what to expect and worried about whether I was doing it right. I also read The Protestant Mystics by Anne Freemantle. It helped me understand when, as a child, I told my father that I wanted God to talk to me, he was so strenuously opposed. Freemantle quotes a famous Protestant theologian saying, “There are no Protestant mystics.” And the Calvinists, en masse, had told her, “…even if there were mystics, there shouldn’t be any.” Nevertheless, I remained hopeful. (p. 139)

In 1985, six months pregnant, I moved with my then partner to New Zealand, planning to immigrate. We wanted our baby to be born in Aotearoa (the Maori name meaning Land of the Long White Cloud), so she would be a citizen by birth. Three weeks after our daughter’s home birth in Auckland, we moved to women’s land just south of the northernmost town on the North Island, Kaitaia. Our time there was in many ways idyllic—we took on farming tasks and such communal projects as digging a sump pit for our plumbing system, building compost bins, dragging a huge tree out of the stream after a monumental rainstorm. These women knew how to play and work together. The main house also had well stocked bookshelves, and from those shelves, after a conversation with Osha, I borrowed The Tao of Physics: An Exploration of the Parallels Between Modern Physics and Eastern Mysticism by theoretical physicist Fritjof Capra. It was a challenging read that introduced me to quantum physics. The book helped me make intellectual sense of some of my experiences with meditation at the Scandinavian Yoga and Meditation School. I also realized that what I had learned from Navajo shamans and elders was what indigenous peoples had known about the interconnectedness of life long before physicists studying systems theory had figured that out. Perhaps most important, the book provided me with scientific evidence of what I had already experienced: the Whole, which we in the West may refer to as God, is greater than the sum of its parts, and that great, incomprehensible (in every sense) Whole exists without a doubt. This was something I needed to know from one more source in order put my faith in that Whole, that Energy. (p. 152)

I attended my first Seder when I was eighteen, a sophomore at Calvin College. I worked for room and board that year for a Jewish family in East Grand Rapids. Sometimes I attended Temple Emanuel with them, and the words of the Friday evening blessing seeped into me and are with me still. That first Seder, which I helped to prepare, made a deep impression. The communion service was always of deep significance to me, and the story of its inception places the Lord’s Supper during the last Passover meal Jesus celebrated with his disciples. Passover. Seder. The text for the Seder meal is the Haggadah, and as I listened to it that first time and many times thereafter, including a lesbian feminist Seder in Santa Cruz, I sought and found myself in the story. Like the Israelites of old, I needed liberation—from my inner demons, from a church and a society that had rejected and disenfranchised me. And I thrilled at the explosion of gratitude in “Dayenu,” the rollicking song that says that whatever small or big thing God did for us, “It would have been enough.” (p. 169)

Next time: Sorting Things Out in Later Adulthood

Anna, I hope we can have a discussion about being a protestant mystic b/c I'm very interested in that approach of my faith( but I don't want to read a book about quantum physics! :-) ) I'll re-read your statement of faith in To Drink before Sunday lunch.
love,
Fonda

Fonda, as always, thank you for your comment. I'd love to talk about being a mystic on the faith pathway. It's absolutely not necessary to read about it; in fact, it's probably preferable not to. Reading my statement of faith might shed a little light but probably not much. It's also what I wrote in 2011 so not completely accurate today, as faith changes from day to day.