YOU KNEW I WAS A SNAKE 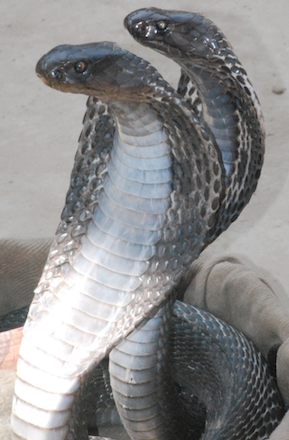 YOU KNEW I WAS A SNAKE:
A RESPONSE TO THE "NASHVILLE STATEMENT"

It’s an old story: A man was out for a walk and found a snake by the side of the road, near dead from exposure. Feeling compassion for a fellow creature, he picked up the snake and put it inside his shirt to warm it. As the snake warmed up, the man felt it begin to rustle around next to his skin, and then he felt a sharp and deep stab in his chest, just above his heart. As the man lay dying, he asked the snake, “Why did you bite me? I was kind to you.” The snake answered, “You knew I was a snake when you picked me up.”

And now a disclaimer: I have not read the “Nashville Statement,” and I don’t intend to. I have read enough summaries of it to know that I am dealing with a snake I have met many times before. A snake that has bitten me a few times over. A snake I have miraculously survived. A snake that promotes thoroughly anti-LGBTQ propaganda. I’m not about to be bitten again.

After reading the reactions of several friends, mostly agreeing with and responding accordingly to their outrage, I wondered why I wasn’t feeling the hurt and anger they were expressing. Then I recalled a blog post I’d read a few days earlier. Titled “Wasted Energy on the Battles Against Appropriation and Racism: Indigenous Systems Are Resistance,” from the blog Indigenous Motherhood by Andrea Landry (Anishinaabe). Landry opened the post, “Let’s raise our children to fall in love with indigenous systems rather than attempting to destroy colonial systems from within.” She goes on to show at length the futility of seeking equality within a system that is hostile and designed to eliminate indigenous systems. She gives examples of how to instead foster the systems that are native to indigenous people.

There is a parallel here for us LGBTQ people. We know the nature of the Evangelical Church when it comes to our health and wellbeing. Rather than spending time and energy opposing the Evangelical Church, we can far better apply the advice of Andrea Landry to our lives and culture. We can be proactive, focusing on what it means to be us—whether that is Christian and LGBTQ, atheist and LGBTQ, Buddhist and LGBTQ—you get the idea. We don’t have to use our precious energy going up against the snake. And yes, I’m aware that I am employing the traditional biblical metaphor of the serpent. We don’t have to be snake handlers; we have better things to do with our gifts, our time, and our vitality.

Thanks for your though-provoking, and encouraging blog about how our energies can truly promote change!

You're welcome, Kathy. Thanks for your appreciation.

I agree Anna...why handle snakes (or crawl alongside them) when we can fly as eagles? I appreciate your stance on this and also am grateful for your words from Landry's book.
Mirakhel

Thanks, Mirakhel. I appreciate your contrast between crawling with snakes and flying with eagles. Landry's words, BTW, come from her blog rather than a book. If you're interested in her thoughts, you can access them online by Googling Indigenous Motherhood.