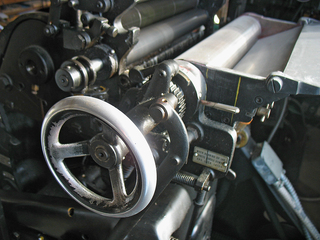 Correction on BOOK PUBLISHING 101B: I wrote: “Contests are another possible route to book publication. Most of the time I avoid them, thinking (correctly or not) that they offer too much competition.” In an article in this week’s Author’s Guild newsletter, I learned that I was incorrect in that assumption—that poor authors avoid contests because of the contest fees, which are usually somewhere in the $20 range. Also, established writers do not often enter contests. Those two factors tend to reduce the competition, and most contests, if you are the winner result in publication and a small honorarium.

This is the area of book publishing that is changing the most rapidly with new options being added all the time. I will undoubtedly be leaving some out, but I will cover several and offer a bit of information or an opinion based on my own experience or research on each.

➢ Upside: There is more money for marketing, which will be directed your way if the publisher thinks your book has the potential to be a bestseller. And when they put the marketing money into your book, that can be a self-fulfilling prophecy.

➢ Downside: It’s easy to get lost in the shuffle with less personal attention directed your way. And your book may be remaindered quickly if it isn’t selling fast enough.

• Midsize or Imprint: Clarion, the high-quality publisher of my biography of Viktor Frankl, is an imprint of the larger house, Houghton Mifflin, though it was an independent publisher for years. It is a midsize publisher that offered me a fair amount of personal attention, was wonderful to work with and put very little into marketing. Picador is another example of a high-quality publisher, once independent, now an imprint of Macmillan.

➢ Upside: More personal attention than with one of the Big Five.

➢ Downside: You most likely will need an agent, and there will be less of a budget for marketing.

• Small: There are copious numbers of small presses out there. Some will not require an agent. Some even solicit submissions. The best way to find out about these is through the classifieds in publications like Poets and Writers Magazine or through an online subscription to Writer’s Market. I happened upon the small press for my memoir, To Drink from the Silver Cup—Terra Nova Books—by chance (if you believe in chance). Originally consisting of three people—the publisher, the editor, and the marketing person, they did offer plenty of individual, direct attention, and they use a distributor that distributes through all major outlets and has an on-the-ground sales force to brick-and-mortar bookstores. Marketing has been mostly up to me.

• Micro: Micro publishers are often run by a single person, typically producing one or two books a year, often in a specialized niche.

• University Presses: These are the presses that writers working in the academy often choose to submit their work to, including their non-academic work. University presses do publish many genres but often works whose content is connected with regional and specialty areas specific to the university. I have very little experience with university presses, but they do not seem to have a large budget for marketing.

• Hybrid/Co-publishers: These are presses that may publish both traditionally and in a co-publishing setup in which the publisher shares the cost of publishing with the author. I chose to publish To Drink from the Silver Cup with a hybrid publisher, and there were several reasons why I chose this:

➢ Because the book deals with the intersectionality of religion and LGBTQ sexuality, and the Supreme Court decision legalizing same-sex marriage occurred at about the time the book was finished, I felt time was of the essence. I knew that there would be blowback from churches regarding the SCOTUS decision, and I didn’t feel that the book could wait for what could have been several years to find a traditional publisher. This hybrid publisher wanted to work with me right away; nevertheless, the time from contract-signing to book release was nine months.

➢ I felt good about choosing my publisher, Terra Nova Books, because they also publish traditionally, and they have a quality-control screening process that means they do not accept every book that comes their way.

➢ When Terra Nova uses the hybrid model, they operate as a traditional publisher in every way except cost sharing.

➢ I felt that choosing a hybrid model meant that, since I was investing money in the process, I would also have more say when it came to editing, title, and cover choices (more about that in next week’s post).

➢ Terra Nova’s policy is that until the author’s investment is recouped through sales, all profits are paid to the author, which meant that Terra Nova believed that the book would generate enough sales to make it profitable for them.

➢ Terra Nova use of all the traditional distributors and the brick-and-mortar bookstore sales force was important in my decision-making.

• Curated Self-publishing: With curated self-publishing, the author pays for their book to be published. There is a screening process, but it generally results in heavy editing or book doctoring if the book doesn’t meet the publisher’s standards, rather than rejection. Before going with Terra Nova, I came close to publishing with a highly respected curated self-publisher, She Writes Press. I chose not to go with them because I felt that they were growing too fast to give my book the attention I wanted it to have; moreover, in a conference call with the publisher, I got the brush-off to a couple of my questions. That was a deal-breaker for me.

Self-publishing: There are many platforms now to assist writers who want to self-publish, such as Amazon’s CreateSpace and BookBaby. These platforms offer different levels of assistance with concomitant variation in cost. Just as I had several reasons for choosing a hybrid publisher, writers have many and varied reasons for choosing to self-publish. I have an author friend who is a very successful freelance travel and psychology writer, writing for such publications as the Boston Globe and Psychology Today. She chose to self-publish a memoir I love, The Spoon from Minkowitz, despite her credentials or perhaps because her credentials gave her plenty of credibility. Still Alice, later picked up by a traditional publisher and then made into a movie starring Julianne Moore, was self-published because the author could not get a publisher to take it. She started out selling it from the trunk of her car at flea markets. When it became a best seller, a traditional publisher took note. Another friend who has self-published memoir has found that, despite her extensive credentials, there is still a stigma attached to self-published books. I considered self-publishing using BookBaby, but I was afraid that, even with assistance, my technical know-how could result in flaws that I couldn’t fix.

Self-publishing in e-book Format Only: The same platforms that assist authors with publishing their own books in paper also have much less expensive programs for producing a book in electronic format only.

Blogging a Book: There can be several reasons for blogging a book serially, which is what I did with To Drink from the Silver Cup initially. My reasons for doing so are mentioned in "BOOK PUBLISHING 101B" (See blog post from October 27, 2017 in the archive).

This offers merely an introductory acquaintance with the often bewildering world of book publishing. It is because there are so many possibilities out there that I know about so many options, having researched them all before making a final decision.