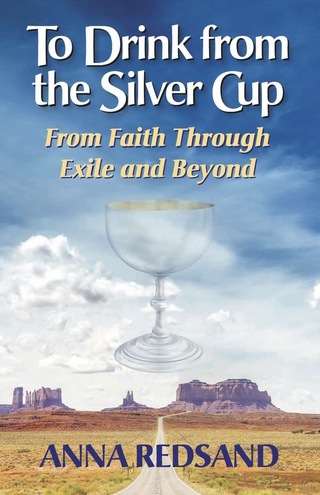 The Roald Dahl Story: Who hasn’t read and loved Matilda, James and the Giant Peach, Charlie and the Chocolate Factory? Who would suspect that Roald Dahl was an utter jerk? Well, maybe there are some clues in Charlie, and Matilda was originally a wicked little girl whose character was cleaned up by Dahl’s editor at Knopf, which published Dahl for twenty years. Dahl is described by one of the publishers as demanding, rude and anti-Semitic, and the last time that Dahl threatened to leave Knopf, Knopf accepted. When the termination letter was read, the staff stood on their desks and cheered. So editors can and do fire authors, even ones that make them lots of money, if they don’t behave themselves.

Why I Backed Out from SheWrites Press: I alluded to choosing not to work with SheWrites Press briefly in my last post. They had accepted my manuscript as a Category One book—one needing very little revision or editing and ready to go to press. The next step was a conference call with several other writers and the editor/publisher regarding the publishing, distribution and marketing processes at SheWrites. This would be the last step before signing a contract. I asked two questions (I don’t remember what they were), but the editor was condescending, brushing them off as inconsequential. I decided I didn’t need an editor who treated me that way already before we started working together.

Ordinary Compromises: It is industry standard that publishers have the final say about cover and book design and titles. I felt very good about the book design at Clarion. The title of my biography was Viktor Frankl. The working subtitle was A Time to Live, which was also the title of one of the chapters. My editor wanted to change the subtitle, and we jointly proposed several possibilities, though I continued to like my original best. She chose A Life Worth Living. I have never liked it because I believe that everyone’s life is worth living, so this subtitle sends a message that I have trouble standing behind. Nevertheless, I let it go without complaint.

At Terra Nova, my original title was The Silver Cup. As we neared publication, I began to breathe more deeply, thinking we’d gotten past the possibility of a title change. Then I got an email from my editor suggesting just that. He proposed several options. I had already done significant advance marketing under the title The Silver Cup. I didn’t want to reject his idea outright, but I did say that I felt we needed to continue with a title that did not differ too greatly because if we did, I would lose the valuable advance marketing I’d done. I had lots of feelings—some anger, mostly anxiety—but I didn’t express them, trying to remain reasonable. Eventually we settled on To Drink from the Silver Cup and also made some changes to the subtitle. I felt that we had ended up with a better title, once I got used to it. Later still, my editor came back with advice from one of the sales force who thought that the word lesbian should appear in the subtitle, that it would help sell more books to store buyers. I nixed that idea outright because I feel that the book has an appeal to a wider audience, and that has been borne out many times over.

When we first discussed cover ideas, we talked about using road signs to suggest the journey aspect of the book. I also sent a large packet of photographs of scenes in the Navajo Nation that were of significance to me and held some prominence in the book.
For various reasons, the publisher said he couldn’t use the photos and for an unknown reason had discarded the road-sign plan. He sent me bunch of stock photos. It took a lot of passes for me to pick one that he said would work. Then he sent several variations of a cover design. I felt a high level of anxiety about approving one, even down to the colors of the title fonts. I got opinions from colleagues with publishing and design experience. I ran up against the feelings that come with interpreting and probably misinterpreting the emotional content of email messages. I wasn’t completely happy with the cover, but I agreed to it, knowing that in most cases I wouldn’t have had any input at all. When the back cover came out with its vertical rather than horizontal text orientation, I was very unsettled. I’d never seen anything like it, and it just looked odd to me, not innovative. I expressed my objection and got back a no-compromise note. Lots of feelings.

A Near Divorce: None of these compromises compared with the one I dealt with over the actual editing process used at Terra Nova. That nearly ended in divorce when we were weeks away from finalizing everything. I won’t go into detail here except to say that my editor felt we had reached a point of irreconcilable differences and suggested we go our separate ways and that I buy out what they had already put into the book and find another publisher. After no small amount of anguish, knowing that we had come too far for me to take a huge number of steps back, I mustered all my best mediation skills and wrote a peacemaking letter that I’m still pretty proud of. I got a conciliatory letter back, and the book came out on schedule. Moreover, it is a book whose appearance I’ve grown to love. Recently I met up with my editor at the Terra Nova table at the New Mexico Library Association Conference, and he spoke some truly healing words to me, finally making things right between us.

Being able to compromise is one of the hallmarks of being a healthy adult. It’s easier as a writer when the book requiring concession is not so intensely close up as a memoir or novel (unlike my Viktor Frankl biography). Being able to arrive at compromise may be the greatest personal growth opportunity in book publishing, the greatest opportunity to let go of ego demands, and also the greatest opportunity to champion oneself and one’s work—the paradoxical line between conceding and advocating. None of it could have been done without the support of my wonderful writing colleagues.