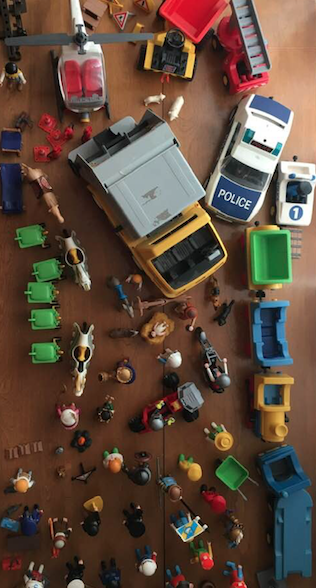 First published in the Gallup Independent on 12/15/18

During the 2012 election I served as a poll worker. I enjoyed meeting and engaging with voters from every walk of life. There were young people and new citizens voting for the very first time. There were people much older than I—some walking with a light step, others barely able to make it from my table to the booth. There were Native people, Hispanics, blacks, Asians, whites.

There was one man I will never forget. He was clearly living on the edge. If he was not homeless, he was close to it. He was obviously working hard to hold his agitated mental state in check. He arrived at my station and said with great urgency, "I came to vote." I printed his ballot and handed it to him. He said, "I need to know the Democrats." I showed him how to figure that out. He took his time with the ballot, and once he came back to me. He seemed overwhelmed when he asked, "Do I have to vote for everything, the judges and everything?" The answer was no, and he was relieved. It plainly took a great deal of effort for him to fulfill this civic right and responsibility. He left carrying two handfuls of plastic bags after turning in his ballot. I was so deeply touched by the man's commitment to vote, especially because it took so much out of him.

Later I told my cousin the story of this voter. My cousin said, "Jesus came to vote that day."

People often ask the question, "If Jesus came to see us today, would we recognize him?" Chances are, he wouldn't come looking like the Jesus we've seen in artists' portraits. He would be more likely to look like the scruffy, plastic-bag-carrying man who came to my station to vote. Or like the homeless people we see on the streets.

Several years ago, my friend's son received the gift of a toy Playmobil Nativity Scene. The scene included the usual suspects—Mary, Joseph and the baby Jesus, a manger, a cow, a donkey, angels, wise men, camels, and fancy gold gifts for the baby. Young George also owned other Playmobil sets—among them knights in armor with horses, and a tent to sleep in; garbage collectors with a garbage truck, dumpsters, and brooms to sweep the street. He creatively arranged the usual Nativity Scene with all his other Playmobil people and items. Every Christmas. Over time George's mother would come upon the Nativity Scene and find the baby Jesus in many different places—sometimes among Playmobil police officers, other times with the garbage collectors, or sometimes with a motorcycle gang.

In the book of John, we read, "The Word [another name for Jesus] became flesh and lived among us." In the Christian tradition, this is what Christmas is about. It's about Jesus coming to Earth as a human being, experiencing the things we experience. I've often said to students of mine, "It's hard being a human being." That's what Jesus did—came and took on the hard things that we live with as human beings.

Now, living in the twenty-first century, Jesus still shows up in our lives—just like the Playmobil baby Jesus—anywhere, when we least expect him. With the garbage collectors. With the motorcycle gang. With the sheepherders. With the wise men. At the voting booth. In the worst streets but also in the banks and in the high places in government.

Maybe this is really what Christmas is about—recognizing Jesus whether we find him in a manger or a garbage dumpster—needing to be rescued, warmed, and cared for. Jesus is among us all the time. He said himself, "I was hungry, and you fed me; naked and you gave me something to wear; in prison and you visited me. Because if you do these things for other people, you're doing them to me."

Anna, I appreciate this reflection. I recall a time when I picked up a hitchhiker. We talked together as I drove and by the end of his time in my car I had the feeling I had been talking with Jesus. Even though I had picked up other hitchhikers (before and after that one) I did not ever have the same acute feeling and thought that "this is Jesus." Each of us can bring the "Christ essence" of love to one another...he brought it to me when I gave him a ride. Merry Christmas...and may you continue to see Jesus in unexpected places.

Thanks.- another very CREATIVE piece. Wondering if we’re meant to struggle with the idea of honoring a “drunken Jesus”?

Mirakhel, thank you for your lovely story and for the reminder that we can give the Christ-love to everyone we meet. May it be so.

Rick, no you are not meant to struggle with the idea of drunk Jesus. If we can see Jesus in everyone, that includes the drunk. I think this is what Jesus is calling us to do when he says that whatever we do to the least of these, we do it unto him--we have the potential to see him in everyone. You have ministered to many drunks. Why were they drunks? They were suffering. Jesus suffered as we do; I imagine that includes addiction.

I am in San Francisco for two nights. I just woke up from a long rest this afternoon and read about Jesus being in the strangest places. Thank you so muc Anna. I will go out with my eyes open - until they close again.

Love you, Janet Mason! Thanks for your comment, and I hope you have some sightings of Jesus! Also I hope to get a sighting of you out my way some day soon!

Thanks so much for sharing this, Anna. It is a real Christmas blessing! Lots of Love, Lis

Thanks for your appreciation, Lis. I'm glad you found it meaningful.

Like "Where's Waldo?" books, we should put together some "Where's Jesus?" books. I enjoyed going back to the photo to find the baby Jesus.

What a great idea! Thanks, Rod!