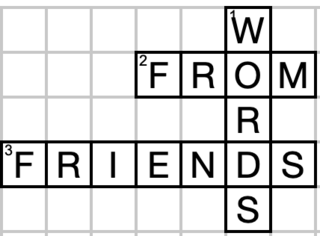 Possibly the most endearing line in Franco Zeffirelli's Tea with Mussolini is spoken by Lucca, the boy whose character is loosely based on Zeffirelli himself. The English ladies, known as the Scorpioni for their determination to remain in Florence when England and Italy are at war, are being taken into custody. The delightfully eccentric Arabella, played by Judi Dench, has a much beloved dog, whom she is not allowed to bring with her. When Lucca appears on the scene, she cries out, "Look after him." Lucca replies, "Of course! We were puppies together." That's the sweet line.

Puppy is a near onomatopoetic word. Say it a few times while you watch a puppy roll and leap and trundle and run as fast as its short little legs will grow—puppy, puppy, puppy—and you may agree with me. When I think of puppies, the word that comes to mind is roly-poly. And then perhaps joy. Unbounded joy. And it's hard to resist feeling that joy, even if you might not want a puppy in your own life. Laughter, too––belly laughs as a puppy falls all over itself and jumps up with no shame, no attempt to recover its dignity. What dignity?

Learning, however, is not the first word that comes to mind, and yet, it's embedded in Lucca's words, "We were puppies together." Probably the reason I'm content with enjoying other people's puppies and feel no need to have one of my own is the learning bit. Clearly Lucca and Arabella's puppy (who is never named, as I recall) are learning life lessons together. Arabella's puppy is learning where to pee and poop, how to walk on a leash, though it happens with the greatest of ease in the film. Lucca is learning harder lessons––the fact that his mother is not just on a cloth-buying trip to Paris; she is not coming back. In fact, he learns that she has died, though no one told him until Joan Plowright's character takes on the painful task. Later Lucca has to learn to transcend his jealousy to help the woman of his teen crush (played by Cher) escape the Fascists.

There is great joy for children in living with a puppy, and there is wonderful learning–– how to care for another, remembering their daily needs, seeing where harm could come to them and finding ways to prevent that. And then simply reveling in the task of childhood and puppyhood––play!

The word puppy was brought to you by Ann Przyzycki Devita, who recently brought a puppy into her life and the lives of her children, so they and Chip are being puppies together.

Comments are always appreciated! If you'd like to see a story, poem or reflection on a word of yours, send me one in the comments or privately, using the "Contact" tab.

I loved this - we were puppies together!

I'm curious, Anna, do you think of this movie often? Is the line, "we were puppies together," one of your favorites that randomly pops into your head? By way of example, I will think of the line, "Another Halloween, we're all a year older" from Katie the maid in Meet Me in St. Louis. It doesn't have to be Halloween, of course, because the line makes me think of the passage of time, in a contented way. This is such a fun exercise and I loved reading what "puppy" inspired.

Thank you, Ann, for the word "puppy" and for your comment. Please feel free to send another word anytime--here in the comments or by any of the methods we share! If you have a friend who loves words, I would love it if you invited them to sign up for notices of new "Words from Friends" on the "News from Anna" page. This is how I hope to grow readership––each one ask one. I love your question about *Tea with Mussolini,* as it's one of my favorite movies, and now that you ask, I do think of it quite often. I loved hearing about your line about the passage of time. In St. Louis!

I'm amazed by this idea and the story about the film.

Thanks for your response, Diane. I would love to get a word from you!

Puppies are lively even though you have to go through all the puppy training and all. A puppy is loving and it becomes your friend that is trusting and recognizes your love.

I love this melding between Ann and Anna, two of the greatest loves of my lifetime. I saw a puppy the other day, walking his new owners, and giggled at his humongous paws.

Thanks, Jody! So grateful to be paired with Ann as one of your greatest loves. How lucky we were to meet in Kalamazoo 16 years ago!