GOING HOME BY ANOTHER WAY 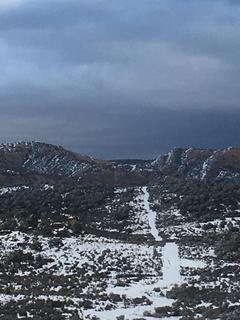 "Going Home by Another Way" first appeared in the Gallup Independent's "Spiritual Perspectives" on January 18. It is reprinted here with permission.

In Denmark, January 6 is called (in Danish, of course) Holy Three Kings Day. The kings are guys from the Christmas story—the ones we call the "wise men." We don't know if there were three or if they were kings or how holy they were, but they were either very good at saving money, or they were rich, based on the gifts they brought. The day is known in many places as Epiphany.

In 2020, Epiphany fell on a Monday, so in many churches, it was celebrated on January 5th. The highlight of the celebration for me this year was when Bill came down from the choir and sang the James Taylor song, "Home by Another Way" In the biblical story and in Taylor's song, an angel tells the Wise Ones in a dream not to go back the way they came, because King Herod wants to use them for his evil purposes. They are to go "home by another way."

I wonder what might've happened to the Wise Ones when they went home by another way. Maybe it was a harder route. After all, you'd think that, being wise, they would've scoped out the best route for following the star to the baby who would be king. But maybe another way offered some surprises—a passage through beautiful rock formations, a meeting with a wise woman who offered comforting hospitality after their encounter with scary Herod. In the song, they're urged to "Keep a weather eye to the chart on high;" after all, they were star-gazers. Maybe going home by another way showed them the heavens from a different perspective, making plain a new discovery. Perhaps they came to a sweet little village that looked a lot like Bethlehem but wasn't. Yet it caused them to marvel again about all they'd seen in the baby's eyes. Maybe because the journey took longer, they told each other more and better stories, getting to know each other more deeply. Often there are benefits to going home by another way.

When Bill sang "Home by Another Way," I was deeply moved. I also laughed because he delivered the song's humor along with its more serious message. I didn't think of a physical journey or a physical home, but of my inner journey—my spiritual journey. This journey started out in a way that seemed straightforward. My spiritual home and physical home were one and the same—my family home and church home. And then Diyin took me onto a different path, when my lesbian sexuality meant there would be no place for me in the only spiritual home I knew, if I were to be true to how the Creator made me. But the Holy One was full of grace for me. The song says, "You have to figure that God's saying play the odds/And go home by another way." When I went by another way, I met people I would never have met, if I had stayed in my little world that seemed so safe at first. I learned and grew from other traditions, and I still learn from them today. What an immeasurable gift that was. At the same time, I was always looking for a place I could call home. I'm beginning to understand that spiritual home may not be a physical place, like the church I now attend or the apartment I live in. In fact, the saying, "Home is where the heart is," may be accurate, albeit a cliché.

A few days after Holy Three Kings Day, I shared "Home By Another Way," with my brother Rick. I told him what it had meant to me. He said, "I wonder what going home by another way would mean for me." Almost immediately he came up with an answer. "I guess it would be becoming affirming. And speaking out about it." He meant that he had become an advocate for fully including LGBTQ people in the Church. Rick was not always supportive of LGBTQ people's place in the Church, but when the Holy One sent him home by another way, he wasn't just quietly supportive; he took risks. He wrote an article in his denomination's magazine, started a book study group, spoke out whenever he had the chance, and wore a rainbow ribbon to church. I'm not sure just what benefits another way home has brought to him, though I hope it has blessed him richly. It has done something very important for me: it has given me a safe and joyful place within my family, where there are still sharp divisions about whether or not I belong in the Church. I'm grateful that Rick listened when the Holy One told him to "play the odds" and go "home by another way."

Once again you've touched me...
My restless spirit took me "home by another way" on many detours. Some were rocky, muddy, cumbersome paths. And some were paved with sweet comforting assurances. But they all had messages to teach me, telling me that my life is a convoluted journey of discovery.
Now that I've settled into old age, and my life is more about retrospect than discovery, I know l've learned from all the lessons, and found peace.
I wish the same for you, sweet lady. Thank goodness you honored your true self, and helped your brother see the light!

My spiritual journey has also led me home through many different counties, states, cities, and routes. Some were clearly marked others were false. It was always up to me to discern for whatever the Holy Spirit was teaching no matter how the road “looked”. Today, is becoming closer, as I get older and traveling the sage direction, I find my traditional faith, my adult choices to expand exposure to other ancient and sacred faiths and feeling the wisdom oh God along the way.

What a commentary on your life that you've run the course of convoluted discoveries, come out the other end into a place of peace. Thank you for sharing about your journey and for your wishes for me!

This story is a beautiful one Anna. Both mystically with the wise men accepting for you and acceptance by your brother, Rick. What you have written has so many connotations in your story. Thank you for being such a giving, loving and always a person in pursuit of something in your spiritual journey.

K. Donohue, thank you for your comment. I relate very much to your description of your spiritual journey. Blessings on your way.

How wonderful that your brother's way of thinking evolved! Perhaps we all should be going home by another way, regardless of how we got here, just to expand our horizons.

Thanks for your comment, Monica. I agree that going home by another way can only shake things up and broaden our vistas. I love that cartoon, too.

Very special! Thanks so much for sharing.

Thanks for sharing Anna. Although my journey is much different. I can see the parallels in my journey. Life has lead me on very different paths than I could have imagined Not all were easy,
but with God's grace, they have been a time of growing and blessing.

Love Jame Taylor, but the song is a firest for me.
Hope we can meet up some time.
Blessing in the coming year.
May the New Year bring

Thanks, Bea, for sharing a bit about your own experience of going home by another way. I'm grateful with you for God's grace in our lives. I love James Taylor, too, but hadn't heard this song. I know several fans who hadn't heard it before. I hope you enjoyed listening to it. Yes, it would be lovely to meet sometime. I may be spending a longer time in GR this summer than I did in the fall so perhaps... 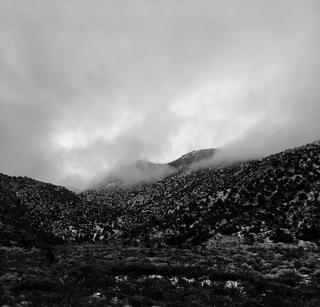 In the dark it could be anywhere.

Curved rocks the red of humans

Colors deepen in the damp and dawn light.

Lovely visuals as I wake up to this new day to remind me to pay attention.

Beautifully written Anna. Poetry seems a dying art, or perhaps I am just out of touch. Glad you included it on your blog, I liked it very much.

Beautifully penned, Anna. It seems to me that poetry is a dying art, or perhaps I am just out of touch. Regardless, I am glad that you shared it... I liked it very much.

So perfectly New Mexico. It was a visual and felt word experience. Thank you Anna!

It seems that poetry is dying,
or perhaps I'm just out of touch.
Thanks for sharing anyway,
I enjoyed it very much.
The red cliffs of New Mexico,
oh how I long again to see,
although it's very doubtful,
this will ever be.
Like a key, your poem has awakened,
pleasant memories I've stored away,
for that, I am very grateful,
and that's all I have to say.

“... in solitude, or in that deserted state when we are surrounded by human beings and yet they sympathize not with us, we love the flowers, the grass and the waters and the sky. In the motion of the very leaves of spring in the blue air there is then found a secret correspondence with our heart. “ —Shelly, On Love

Thank you, Paolo; I'm glad this was something that enhanced your morning.

I've said it elsewhere, Wayne, but thank you for all three of your comments.

Thank you, Janet. You would know!

Cor, thanks so much for connecting my poem with this lovely one by Shelly!