THE STORY BASKET: On Counseling Children 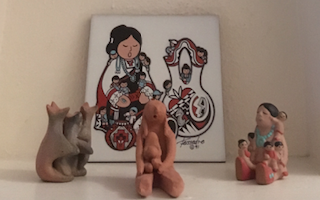 …in the aftermath of violent histories, telling stories and listening to stories are acts of peace. ~ Connie Braun, Silentium

Thank you so much for that, Diane.

Poignant memories of the people, the culture and the children ...
Beautifully done, Anna!

So, so beautiful, Anna. Thank you.

Beautifully written...revealing the true character of it's author.

Thank you, Kathy, and thank you for passing it on to others.

Thank you, Wayne, for such kind words.

THANK YOU ANNA FOR SHARING...HAVING BEEN A SCHOOL GUIDANCE COUNSELOR I RELATE AND RESONATE WITH YOUR BEAUTIFUL EXPRESSION OF STORIES AS ENTRIES INTO PATHWAYS FOR HEALING.
WOULD IT BE OKAY IF I EMAIL THIS TO SOME OF MY PEER COUNSELORS (FROM BEFORE I RETIRED) AND WITH WHOM I STILL MAINTAIN RELATIONSHIPS?

Thank you, Mirakhel. Yes, please feel free to share. I'm honored that you want to.

OMG!! that is just beyond! Maybe it will be in a book someday since it didn't make it into the last one!!

Thank you so much, Lis. Also for writing your comment on the blog. Thank you for your faith that this could be part of a book! Probably not because it doesn't fit with the projects that seem to lie ahead, but the thought means a lot to me. 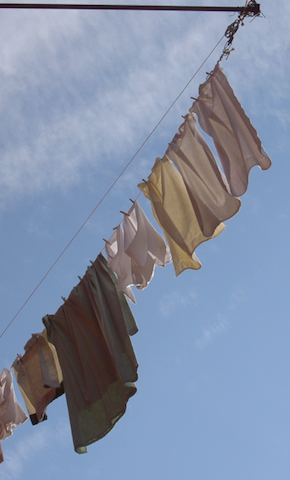 It was a narrow, mint green rectangle, about the size of a crib sheet with Auckland Hospital Delivery stenciled large and black in one corner. The midwife brought it with her to the house, and my baby slid out onto it like a little otter. The midwife forgot it, and I washed it with the first load of diapers and undershirts. Some of the blood stayed, making furry looking, irregular rings—wide, brown outlines of small continents. Now and then, I used it in my daughter’s crib—clean, just a bit stained. A male nurse lived in our house then. He liked rules and said Read More
14 Comments

It's lovely! Thank you.

Thank you, Linden. And for your part in the story!

I stopped breathing a couple times while reading this. Yes!!

Oh my! Higher praise cannot be found. Except maybe tears, but this is not teary. Thank you, Shelley!

Oh so beautiful, Anna! I think there is a novel or a larger memoir lurking on both edges of this piece.

What a lovely comment, Paula. Perhaps you will tell me more about the larger piece you see. I'd not thought of that at all.

Hauntingly beautiful! I love it!

Thank you so much, Dorothy. Means a lot.

I am going thru "things" right now so this really touched a nerve. One of the items was a pair of "pink, pl--- (a kind of fabric I can't spell) pajamas". They were among the last garments worn by brother before he died at age 6; I was 3. I can recall seeing him wearing them in his hospital bed. I have used that description in writing I have done. I also found the legal papers regarding his adoption as a newborn. Tangible items can be a basis for many recollections. I'm glad you still have the "sheet" and its many meanings for you.
Vel.

Love it! I can see it, touch it, smell it, feel the memories.

Thank you so much for your comment and story, Vel. I'm glad that this brought up memories for you that you've also recorded in your writing. Thank you for sharing snippets of them.

Thank you for reading deeply, Cor!

Your writing reminds me (and teaches me) to pay closer attention to the "little things". Thank you.

So glad you find it meaningful, Kathy. Thanks.

INTEGRATING NATIVE PERSPECTIVES WITH CHRISTIANTY: AN INTERVIEW WITH DARLENE SILVERSMITH 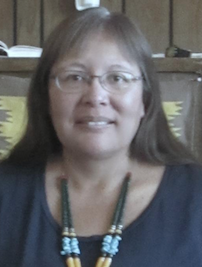 Meeting Darlene Silversmith was a surprise. It happened while I was serializing To Drink from the Silver Cup on my blog. She must have found the blog through a Facebook post and commented something like this: “Wow! Christian Reformed [CRC and the church I grew up in] and in the Navajo Nation. Have to read this.” After she’d read a few chapters, she shared some of her own story about being in the CRC. Darlene is Diné, and her family roots are in Crownpoint, New Mexico, although she was born in Oakland, California, her birth there being one more example of the colonization of indigenous people. It was US policy, especially in the 1950s and 60s, to try to integrate Diné into the society at large through a program known as relocation, in which Native people were sent to urban areas to vocational training programs, where it was hoped they would settle.

Darlene’s Facebook posts intrigued me, as she was clearly very involved in the CRC. At the time she was going through its Leadership Development Program and seeking what is known in the CRC as a license to exhort, which means basically a license to preach without being ordained. At the same time, she was clearly aware of and raising consciousness about the need to decolonize Christianity. I asked if I could interview her at some point when I would be in the area. Her reply was a single word: “Sure.”

As my book tour evolved, it turned out that I would drive through Crownpoint en route to an event in Cuba, NM. We agreed to meet at Read More
7 Comments

Darlene, I bet you will read these comments....thanks for sharing your story. I found the self theologizing section particularly interesting as I ponder understanding scripture from a gay point of view. As a child i wanted to be a missionary and of course had no concept of contexualizing the gospel to the culture. I've learned a bit more over the years..in particular about the Calvinist in South Africa and Hawaii. Too very different places. All that to say thanks.

Thanks so much for commenting here, Doug. I'll make sure Darlene knows of it, as people don't get notifications. It's always good when one of these interviews is not only of interest but also of use.

Wow, what an interesting and beautiful blending of two religious cultures, a perspective that opens my mind and blows my mind at the same time. I had no idea....! thank you both, Anna and Darlene!

Thank you, Fonda, for having such an open mind, one willing to be blown! I will share your comment with Darlene.

Anna,
Thank you for sharing Darlene's wise perspective. Blending our understanding of theology, past religious experiences, past family history, feelings and knowledge is a challenge we all face, in various forms, at various times. Darlene seems to have achieved a cosmology for herself that integrates beautifully these elements in a way that works for her. Thank you Darlene for sharing.

Thanks so much for your comment, Mirakhel. I will pass it on to Darlene.

Nizhoniyee, it is good! beautifully done Darlene Silversmith. What miracles we experience in life and we continue to press on. May we all walk in Beauty!