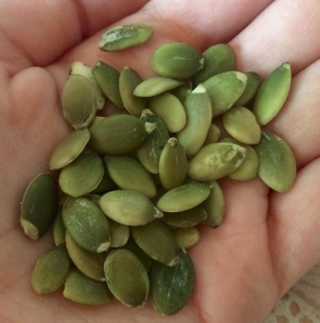 I was heading back to my car with a basket of groceries when a pickup truck moved slowly, purposefully toward me in the parking lot.

A young man leaned out the truck window and asked, "Are you Ms. Redsand?"

"I'm Donald Benally [not his real name]. You were my counselor in 5th grade. I was a transfer student that year, and I kept getting into trouble in the classroom and on the playground. I was failing pretty much everything."

As he continued to talk, I walked over and stood beside Donald's window. Gradually I recognized the round cheeks and dark, sparkling eyes of that mischievous fifth-grader. He went on, "You held a parent conference for me. You talked about the stuff that wasn't going too good. Then you told me how smart I was. You showed me the specific ways I was smart—like how good I was in math when I tried. You said I could do anything I wanted to. I believed you. I finished high school early, and then I went to community college. I became an airplane mechanic. I work over at the airport." He grinned and opened his wallet to show me a picture. "This is my baby daughter."

I got goose bumps and a lump in my throat listening to Donald. We chatted for a bit, and as he got ready to drive home, he said, "Thank you, Ms. Redsand."

With my heart in my throat, I said, "No. Thank you, Donald. Thank you so much. Thank you for stopping to tell me that I made a difference in your life. More than that, thank you for believing in yourself."

I can't count the many times I told a student how capable they were, that they could do anything they chose to do. After thirty-nine years as an educator, I can count on two hands the number of times that I found out, years later, that a student had believed what I told them, that they had caught the ball I tossed them (so to speak) and run with it. Donald stopping to tell me the positive effect I'd had on his life is something I've treasured ever since.

Over the years, I survived and thrived as a counselor and teacher by reminding myself that I was a planter of seeds, especially when I worked in the field of substance abuse. I knew that if I expected to see results with every client or every student, I would make myself crazy. Results weren't in my hands or in my words. Sometimes I planted a seed, and I got to see a tiny sprout. I had to find meaning in that, if I was going to carry on. And then sometimes, someone like Donald would come along, and I would get to see how the seed had blossomed.

The opportunity to be a planter of seeds is a great privilege and a life lesson. When we plant seeds in our gardens, we do tend them; especially here in the Southwest, it's essential that we give them water. We also need to weed. But aside from that, the harvest is mostly out of our hands. It lies in the DNA and health of the seeds themselves, in the sun, and in the miracle that is photosynthesis.

So, too, with the human lives we are privileged to touch for the better. We say or do what we can, and then we let go and let the growth happen. It may be that another gardener comes along to water and weed. That letting go isn't always easy. We so often want to see our work come to fruition for the sake of the person who may be hurting. And it's natural to want to be valued, to have our work acknowledged. The fact is that most of what happens after we plant the seed is not up to us. There are other influential people and circumstances in the lives of those we encounter. It is good to be thankful for the seed and the soil in which we could do the planting. It is an immeasurable gift when we are allowed to know that we made a difference in the life of someone who needed what we had to offer.

Because it is the beginning of the school year, and even though there are many other planters of seeds, I want to give a special shout-out to teachers and school counselors as they plant seeds throughout the coming year. May the soil be rich and receptive. May you be gifted with the knowledge that you make a difference.

Oh, Anna! Such a lovely story. You still plant seeds with your writing, with your touching the lives of those around you. Thank you for being such a wonderful gardener!

Oh, Gail, you plant such wonderful seeds of encouragement. Thank you, thank you.

Thank you, Cheryl. I know that you are a planter of seeds, too. Thank you for all that you do, especially for LGBTQ+ youth.

Anna, thank you for this welcome expression of the effects our seed planting can have. As a past school guidance counselor I resonate your sentiments and also, am so grateful when I meet a past student (or students) who remember me and express words of gratitude. Blessings to you.

Thank you for sharing your experience with us. It's a wonderful event when that happens, and as always, you expressed it beautifully.

Anna, thank you so much for your encouraging story. What a blessing for this young father to stop and give thanks. You have been a faithful planter of seeds for many years.

Mirakhel, thank you, as always. I'm glad that you, too, are sometimes the recipient of gratitude for the seeds you've planted.

Thank you for your comment, Vel. I know that as a teacher you also have experienced these moments and treasured them.

Thank you, Cor, for your comment. I know you've experienced gratitude for the seeds you've planted over many years, too. I'm glad. Love.

thank you for this, Anna

I am so blessed by this sharing! Thank you!

I'm so glad you found it meaningful, Lis. And thank you for the lovely card and quotes you sent me by snail.

Just read Planters of Seeds. My heart was in my throat. Years ago, teaching first grade, my classroom aide said, “You make them feel so IMPORTANT!” This is not a boast. Her comment told me I was accomplishing the most important aspect of my job. Those little people ARE important. Each little sense of self is fragile, and can easily be broken. They deserve our respect. Your reflection on your teaching experience reminds me of what an honor and a joy it was to see those children blossom, and to take on learning challenges with confidence and enthusiasm. Bless their little hearts.