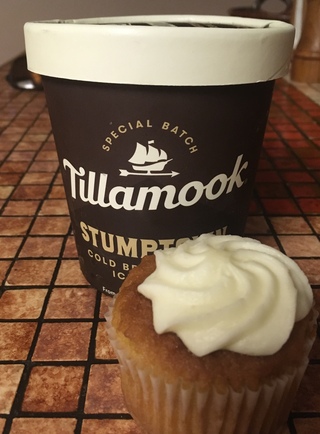 IMAGINATION IN THE SPIRITUAL LIFE 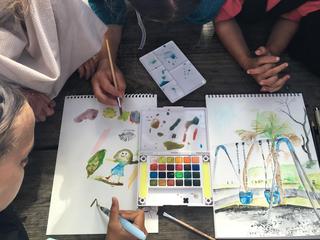 This entry first appeared in Spiritual Perspectives in the Gallup Independent on Saturday, June 1, 2019. Reprinted with permission.

When I was a child, my father often asked us what we thought was meant by various scripture passages. I always felt he was genuinely interested in our opinions. One question I distinctly remember is, "What do you think Jesus meant when he said, 'Unless you change and become like children, you will never enter the kingdom of heaven'?"

We suggested such things as being humble, innocent, or loving. My dad would challenge us, saying things like, "But children can be stubborn, tricky, and mean at times, too. Are you sure about being humble or loving?" No, not at all. I wasn't at all sure.

Recently I spent a few months living in Gamerco. During that time I sought spiritual direction with a nun who had served at the Sacred Heart Retreat Center and now lived in Gallup. One time I was puzzling over how to interpret a certain scripture passage, there being many ways to understand a particular verse in the Bible.

The spiritual director suggested that I use my imagination. Maybe I looked skeptical because she went on to say that she had found that suggestion when she was reading St. Ignatius Loyola. She told me, "I thought, 'How childish to use my imagination to interpret scripture!' Then I said to myself, 'Wait a minute! Jesus said that we had to become like little children in order to enter the kingdom of heaven. What are children better at doing than just about anything? Using their imaginations, of course.'"

In those few words, this nun had both taught me something about interpreting scripture and given me a possible answer to the question my father and I had puzzled about all those years ago. What she said also made me think more deeply about how I might use God's gift of imagination in my spiritual life.

Jesus often used imagination in his ministry; he told stories that could intrigue his listeners, make them think about things they hadn't thought of before, and keep them remembering what he'd said for far longer than they might have remembered a dusty sermon. He used metaphor, telling people not to worry, that they would be cared for, like the lilies of the field, whose simple glory outshone King Solomon. He talked with learned Nicodemus about being born again, and Nicodemus, who should've understood, asked, "What? Do you mean I have to reenter my mother's womb?" I'll bet Nicodemus pondered that metaphor for a long time.

When I studied at the Scandinavian Yoga and Meditation School in Sweden, many meditations involved using imagination. In one of them, the teacher instructed us to imagine a hand resting on the top of the head, and that hand became, in my mind, the hand of God blessing me, loving me, comforting me. Another meditation required imagining a flame atop my head, a flame that could reach up through the ceiling of the meditation room and into the heavens. This one caused me to think of the flames on people's heads at Pentecost.

When I worked with high school students who had difficulty with reading, I taught them seven skills that good readers use to understand and remember what they've read. One of those skills utilized their imaginations to create a picture evoked by the words. A passage might be telling about a grandmother, and I would ask, "What do you see when you read that she's stepping through her door?" One student might say, "She's wearing a flowered dress, and she has curly gray hair and glasses." Another might say, "She looks like my grandmother wearing her best satin and velvet and her turquoise jewelry."

We can fly to the heart of God on the wings of imagination. I hear the words of the hymn, "There is a place of quiet rest, near to the heart of God," and I feel myself resting softly in God's arms, hearing God's beating heart. Does God have a physical heart like yours and mine? I doubt it, but my imagination has allowed me to feel the Presence of God right here in my life. I think of the many extraordinary things I read of in the Bible—an angel touching Isaiah's lips with a coal of fire, Jacob dreaming of angels traveling up and down a ladder between heaven and earth—and I think imagination must have been involved in those events, that God gave us imagination for more than creating our own paintings, stories, poems, films, or music. I think my spiritual director and St. Ignatius were right to say that our imaginations can also lead us to a deeper experience of God and perhaps an all-important childlike experience.