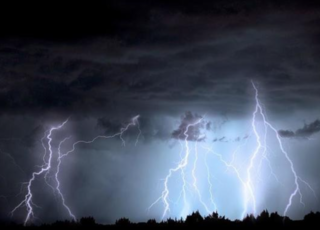 on the
just
and the unjust

i must go out
and walk in it

grace
too
on the just
and the unjust

belongs to no one
to no religion too

falls
freely
washes me clean
you know what i mean

The word freely is brought us by Lorelei Kay. May grace follow her freely wherever she goes.

echoes of James Joyce and the Beatles. I love it!

Thank you, Diane. Beatles, for sure––Lennon, of course, to be exact. I don't know the James Joyce reference, so that is unconscious, and I hope you will enlighten me. There's also an Emmylou Harris and a biblical echo; maybe that's the Joyce.

Simply put: This elicited feelings of healing grace. Thank you.

I'm glad it offered you some grace, Paolo!

I do enjoy a good rain, especially when we have so little of it. Even a few drops gets me excited and hopeful for more! Lovely poem!

Thanks, Shelley. I agree; I love the rain. And I sure do miss the monsoons! 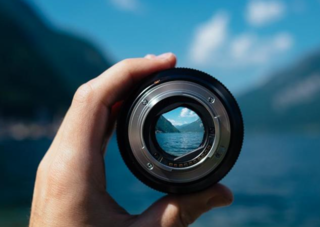 Going back further and further from Old French, to Latin, to Greek, and at last to Indo-European, eclipse, at its most basic means "to leave out." In the Old French it meant "darkness," and of course referred to solar or lunar events, but it began to be used metaphorically in 1570. If a student shines too brightly, she may eclipse all the others, which, under a less than skillful teacher can cause the others to be left out. Or the shining star may be eclipsed by the needs of the others.

Left out. I just finished reading for my town library book club Everything I Never Told You by Celeste Ng. It turned out I was rereading it, which took me a few pages in to realize. Perhaps I'd suppressed it because, despite the achingly beautiful writing, there is pain on every page. The pain of being left out. Left out of the conversation, left out of the dance, erased from ordinary life in small town Ohio. A mixed Chinese-white family clipsed by the whiteness of the town.

I'm recently back from my mother's memorial in New Mexico. Typically, at wakes and funerals, no one wants to speak ill of the dead, so no one mentioned, until my nephew posted about it, the damage caused to Native people by the missionary ethic and how that was part of the legacy of both of my parents. After I read his post, I acknowledged to myself how some people's truths about my mother's putative saintliness were not my truth. The privilege, the systemic and personal racism had been left out of the encomium, eclipsed by whiteness in a land once red.

There was also erasure of me as a queer woman among family members, something I've been so accustomed to, that I mostly didn't notice or name it until after the fact. Having this essential part of my identity shoved to the margins for others' comfort or due to lack of awareness is Everyday.

On the other hand, especially in art and writing, what is left out informs the whole, is critical to what is left. After reading Ng's first book, I was motivated to read her second, Little Fires Everywhere. One of the main characters is an artist who alters her photographs to make an artistic statement. In an interview, the author says, "Photography is…often seen as objective—after all, the camera captures what it sees—but it's also inherently subjective: so much depends on the framing of the photograph, deciding what gets included and what gets left out, how it's shown." Which, of course, is also true of writing. What will you permit to be eclipsed? What will you clip out? What will you decide is essential to the art, to the point?

The word eclipse is brought to you by Diane Joy Schmidt who is, among other things, an award-winning journalist, photojournalist and screenwriter. She knows from diverse experiences what it means to be left out and continues to shine in the dawn light.

Thank you, Anna, for this deeply meaningful writing. I appreciate it, and appreciate being heard, myself. When we are made to feel invisible, it is common that we keep knocking on the very doors that have made us feel that way.

Thank you, Diane, for the word that inspired this post and especially for your insightful comment about how we keep knocking on the doors that have been closed to us. How we long for belonging and connection! Acceptance. Thank you for all the work you share with the world.