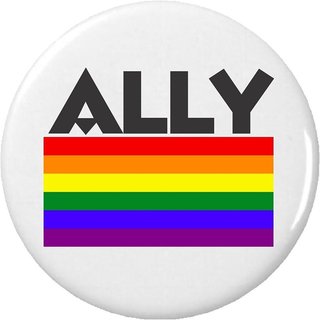 A SIMPLE ACTION MAKES AN IMPACT

Cultivating warmth in a church, as I suggested in my last post, can mean a deep change in a church’s culture—perhaps too challenging to begin with. But there are smaller things that a church can do to make it safe for LGBTQ people to attend. One of them is very simple but may require courage.

Last week I read to another small group in a private home. The conversation that took place after I read was more important than the reading itself. The attendees were again people with a connection to a single church within the Christian Reformed Church (CRC), and it happened that all of them were women. This is a church that is ethnically diverse but not yet committed to being welcoming and affirming of LGBTQ people. The woman who hosted the house party had said up front that she wanted us to talk about how to make their church more inclusive. As we talked, the women spoke about how busy their lives are with careers, young families, community activism, and church. One said, “People who couldn’t come tonight were excited about the topic and asked if we were planning to have more conversations. But when would we do it? I’m doing so much already.”

I suggested that they could hold conversations once a month. That didn’t get much response. So I came up with the simpler but not necessarily easier one. After the 2016 [very negative] decision on LGBTQ inclusion by the CRC’s general governing body, some individuals began handing out and wearing rainbow ribbons at their churches. “Wearing a rainbow ribbon lets LGBTQ people know that you affirm them, so you become someone safe to talk to,” I said. “If you invite others to wear ribbons, you know who your fellow allies are. That can offer support to you.”

One of the women said she had a rainbow pin that spelled “ALLY.” A conversation ensued about whether it’s okay to say you are an ally or whether it’s the LGBTQ person that gets to name you an ally. This part of the conversation actually brought up my comment about intent in my last post. My answer would be, “If someone says they are an ally, I will accept that that is their intention and be ready to kindly (or sometimes not so kindly) correct them if they say or do something that feels unallied to me.” Those of us with less privilege in some areas of our lives get tired of having to teach people how to be good allies; there are those who say that the people who have privilege have a responsibility to educate themselves, and that’s what I hope for. But I also believe we need to embrace the fact that we are all in this together, and we are all too human. Somehow, when we say that people with privilege have to teach themselves, I’m reminded of Gandhi saying, “If we operate on the principle of taking an eye for an eye, the whole world will end up blind.” I know that isn’t an exact analogy, but the spirit of not being so exacting, so righteously rigid, is there. When someone wants to be an ally, I say, “Let’s welcome them and help them along.” We all need help in our efforts to be allies. Anyway, that was where we got temporarily sidetracked, and I’ve taken it a bit further because I feel pretty strongly about it, especially as someone who tries to be a good ally in other situations; undeniably I fail sometimes. And I need help.

My host took immediate action, and she shared the results with me in an email. Our discussion happened on Friday and on Sunday she wore her rainbow ally pin. The pin generated several conversations at church and a text from someone who thought it was a cool pin. That gave my friend an opening to say she plans to wear it every Sunday from now on. One pin—several conversations that might otherwise never have taken place. One decision by one woman to claim her status as an ally has already made a difference.

What a difference someone wearing a rainbow pin would have made early on for me. For years I had no idea who I could count on in my church. Lots of energy spent on anxiety around that.It is a small act that potentially can make a big change for a fellow church member.

Cara, how I relate to what you say. Knowing who is with you is so vital to the safety of the most vulnerable.

This is really good to know. Thank you!