MY SPIRITUAL PATH OF DISCOVERY 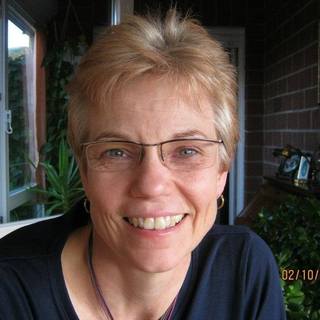 One morning while I was on tour in Ohio, staying with my friend Shelley, she got a text message from her friend Beth, who lives in Germany but is originally from the US. Beth had seen an event Shelley posted about one of my upcoming readings and was intrigued by what the posting said about To Drink from the Silver Cup. She went online to try to order it, but at first it seemed she couldn’t get it in Germany, and she had messaged Shelley for suggestions. A few minutes later she reported success and also sent me a friend request. Later I got a message about how much healing had taken place through her reading of the book. In particular she mentioned my rewritten version of the Apostles Creed. As we exchanged thoughts and experiences, she mentioned Read More

I enjoyed reading your story... identified with much of it. Would suggest listening to Eckhart Tolle if you haven't already. Life is an Eternal adventure... hope you are enjoying It.

Thanks, Wayne, for your comment. I'll be sure and let Beth know you sent it.

Thanks for the recommendation, Wayne. My husband has read several of Tolle's books so I will look into it.

Beth, this is beautiful. Thank you for sharing your journey. I thought of your mom a few times reading it, hearing her strong alto voice. I also thought of how wonderful it is to me that we got to meet because of church! I keep being drawn back to the idea that there are so many paths of spiritual connection, and as long as we keep journeying on, we are tied together - to ourselves, with one another, and with the Divine.

Thank you, Shelley. I didn't actually know how you and Beth knew each other. I will make sure she knows about your comment.

Beth and Anna, Thank you so much for this blog entry. Beth I would love to sit down with you and talk further. So much good stuff here. Music is so powerful and being willing to take in what the universe has to offer us is so important. I have not dug into The Course in Miracles but have listened to a read things from Marianne Williamson and there is some great insight there as well. Thanks you.

Shelley, your comment made me realize how many people played a role in my spiritual discovery that I did not mention. I am so deeply thankful for each of these helpers along the way. You were a great help to me while Mon was leaving her earthly body. Thank you for your ministery and friendship!