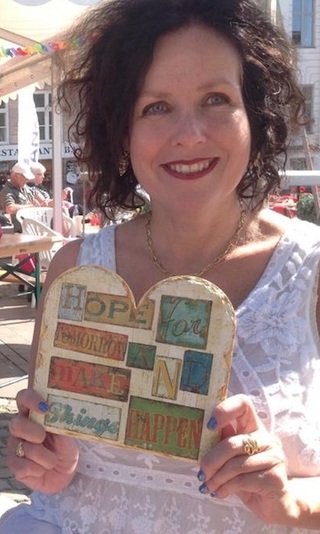 Nearly two years ago, I spent eight weeks in my country of choice, Denmark. Early in my stay, my friend Tina invited me to join her annual pre-birthday celebration with a group of women on the tiny island of Bjørnø, which lies off the larger island of Fyn. I planned to take a combination of train and bus to meet up with Tina in Vester Skerninge, where she lives. Tina, however, said she thought there would be someone driving from Copenhagen and that I could catch a ride. Sure enough, Charlotte Biil and I started making arrangements to meet. “I’m driving a blue Ford Mondeo,” she texted. I had to look up the Mondeo, because it’s a car that Ford marketed in Europe, a compact station wagon. We met in the parking lot of Copenhagen’s Central Station, and thus began a three-hour trip during which we never stopped talking for long.

There were the usual getting-acquainted questions, first establishing whether we’d speak Danish or English. I always leave that up to the other person, and though later whenever we were in a group, we’d speak Danish, Charlotte chose English. I learned that she was completing her PhD in Public Administration and had held some highly responsible positions in both government and non-profits. In fact, her area of expertise lay in the intersectionality of the two entities. She learned that I had written To Drink from the Silver Cup and was publishing it in serial form as a blog on my website at the time.

Charlotte wanted to know what the book was about, and my answer brought me a surprise from her. I told her about Read More
Be the first to comment 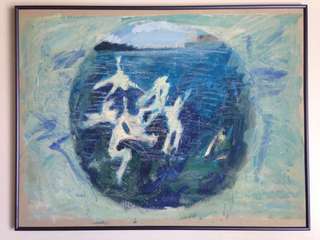 SPIRITUAL WATER:
The Story of a Painting by
Danish Artist Tina Kragh Rusfort

In 1993, I spent a few months in Copenhagen. By then my friend Tina had moved out of the ashram and was living in a seaside cottage in Snekkersten. The town was once a fishing village, just south of Helsingør, called Elsinore in Shakespeare’s Hamlet. Tina and I had arranged for me to visit her in Snekkersten, and for a reason that is beyond me, I decided to walk there from the center of Copenhagen—about 25 miles along Øresund, the sound in the Baltic Sea that separates Sweden and Denmark. The sea sparkled deep blue, and I passed commercial harbors, enormous villas, and beaches peopled by sunbathers.

I was pretty much flat-out when I reached Tina’s cottage just in time for supper. Over the mantel in her living room hung the painting you see here. It was the first Read More
4 Comments

Dear Anna, I love your description of this shared memory and what I all meant to you. The way you share the painting and the dream that came with it make it even more vibrant and alive to me, because of the love you cherish it with. Thank you.

Oh, Tina! Thank you for saying that. It is truly dear to me, this painting. If I had to choose only one piece of art that I could keep it would be this--not only for the painting itself, but for what our friendship has meant to me over the years. When I think of my fellow travelers around the world, you are one at the top of my list. I can't wait to hang the painting again in my new home.

Thank you, Anna. You too are a great fellow traveler, always reflective in your search and willing to share your doubts and believes - very nourishing on spiritual road trips :-) I am happy that we met... 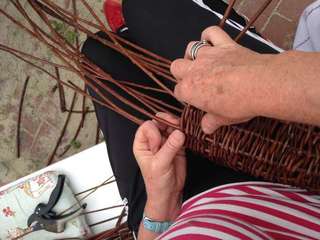 “You’ve said that you still believe in God. How do you perceive God now?” I asked.

“I want to tell you about this because I was really confused about this priest, and about when people say something that I think Read More
Be the first to comment